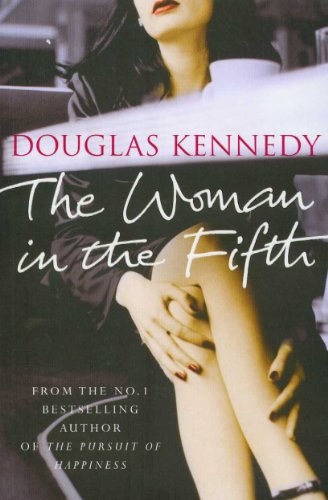 The Woman In The Fifth
by Douglas Kennedy

The Woman In The Fifth Summary

The Woman In The Fifth by Douglas Kennedy

Douglas Kennedy' s new novel demonstrates once again his talent for writing serious popular fiction. The Pursuit of Happiness and A Special Relationship were both Sunday Times bestsellers in paperback. That was the year my life fell apart, and that was the year I moved to Paris. When Harry Ricks arrives in Paris on a bleak January morning he is a broken man. He is running away from a failed marriage and a dark scandal that ruined his career as a film lecturer in a small American university. With no money and nowhere to live, Harry swiftly falls in with the city' s underclass, barely scraping a living while trying to finish the book he' d always dreamed of writing. A chance meeting with a mysterious woman, Margit Kadar, with whom Harry falls in love, is his only hope of a brighter future. However, Margit isn' t all she seems to be and Harry soon has to make a decision that will alter his life forever.

The Woman In The Fifth Reviews

Douglas Kennedy's novels - The Dead Heart, The Big Picture, The Job, The Pursuit of Happiness, A Special Relationship, State of the Union and Temptation - have all been highly praised bestsellers. He is also the author of three acclaimed travel books- Beyond the Pyramids, In God's Country, and Chasing Mammon. His work has been translated into sixteen languages. In 2006 he received the French decoration of Chevalier de l'Ordre des Arts et des Lettres. Born in Manhattan in l955, he lives in London with his wife and two children.

GOR001140554
The Woman In The Fifth by Douglas Kennedy
Douglas Kennedy
Used - Very Good
Paperback
Cornerstone
2007-06-01
400
0091799597
9780091799595
N/A
Book picture is for illustrative purposes only, actual binding, cover or edition may vary.
This is a used book - there is no escaping the fact it has been read by someone else and it will show signs of wear and previous use. Overall we expect it to be in very good condition, but if you are not entirely satisfied please get in touch with us.