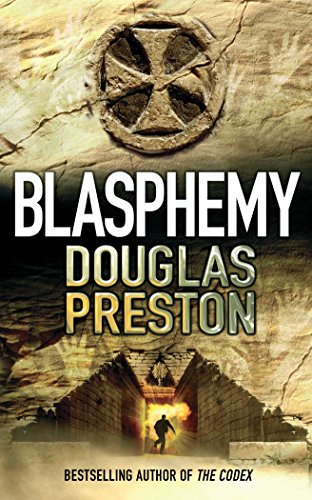 In Stock
£4.99
The bestselling author of THE CODEX returns with another fast-paced electrifying page turner - Douglas Preston at his best
Very Good
Only 1 left

Deep in an Arizona mountain, the world's largest supercollider will probe what happened at the very moment of creation: the Big Bang itself. The brainchild of Nobel laureate Gregory North Hazelius, the supercollider, given the name Isabella, is the most expensive machine ever built. Some people think it may unlock the mysteries of the universe. Some think it will create a mini black hole that will suck in the earth. Powerful televangelist Don T. Spates thunders that Isabella is a satanic attempt to disprove Genesis and challenge God Almighty on the very throne of heaven. He'll do anything to stop Isabella from reaching its goal.

When Hazelius and his team of twelve scientists start up Isabella, they make an extraordinary discovery - one that must be hidden from the world at all costs. Wyman Ford, ex-monk and CIA operative, is hired by the US government to wrest from the team their dark secret. A secret that will either destroy the world . . . or save it.

`A superb read! A page-turning thriller about science and religion in which good and evil collide at the speed of light. You'll be up all night with this book' Jeffrey Deaver

Douglas Preston is the New York Times bestselling author of Tyrannosaur Canyon and The Codex. With his frequent collaborator Lincoln Child, he has written such bestselling thrillers as Relic which became a major Hollywood motion picture.

GOR001420636
Blasphemy by Douglas Preston
Douglas Preston
Used - Very Good
Paperback
Pan Macmillan
2009-03-02
560
033044865X
9780330448659
N/A
Book picture is for illustrative purposes only, actual binding, cover or edition may vary.
This is a used book - there is no escaping the fact it has been read by someone else and it will show signs of wear and previous use. Overall we expect it to be in very good condition, but if you are not entirely satisfied please get in touch with us.