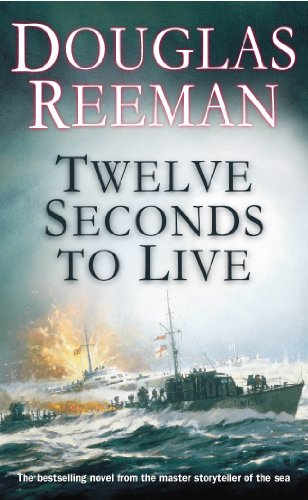 In Stock
£3.99
The mine is an impartial killer, and a lethal challenge to any volunteer in the Special Countermeasures of the Royal Navy during the naval battles of the Second World War.
Very Good Good
7 in stock

The mine is an impartial killer, and a lethal challenge to any volunteer in the Special Countermeasures of the Royal Navy during the naval battles of the Second World War. They are brave, lonely men with something to prove or nothing left to lose. Lieutenant-Commander David Masters, haunted by a split second glimpse of the mine that destroyed his first and only command, H. M. Submarine Tornado, now defuses 'the beast' on land and teaches the same deadly science to others who too often die in the attempt. Lieutenant Chris Foley, minelaying off an enemy coast in ML366, rolls on an uneasy sea with a release bracket sheared and a lie mine jammed, and hears the menacing growl of approaching E-boats. And Sub-Lieutenant Michael Lincoln, hailed as a hero, dreads exposure as a coward even more than the unexpected booby-trap, or the gentle whirr of the activated fuse marking the last twelve seconds of his life. This thrilling book from the master storyteller of the sea transports readers back to the terrifying life of the British seamen of the Royal Navy during World War Two.

"Masterly storytelling." * The Times *
"One of our foremost writers of naval fiction." * Sunday Times *

Douglas Reeman was sixteen years old when World War Two broke out. He immediately joined the Royal Navy and did convoy duty in the Atlantic, the Arctic, and the North Sea. He has written over thirty novels under his own name and more than twenty bestselling historical novels featuring Richard Bolitho under the pseudonym Alexander Kent.

GOR000367317
Twelve Seconds To Live by Douglas Reeman
Douglas Reeman
Used - Very Good
Paperback
Cornerstone
2003-05-01
448
0099414872
9780099414872
N/A
Book picture is for illustrative purposes only, actual binding, cover or edition may vary.
This is a used book - there is no escaping the fact it has been read by someone else and it will show signs of wear and previous use. Overall we expect it to be in very good condition, but if you are not entirely satisfied please get in touch with us.