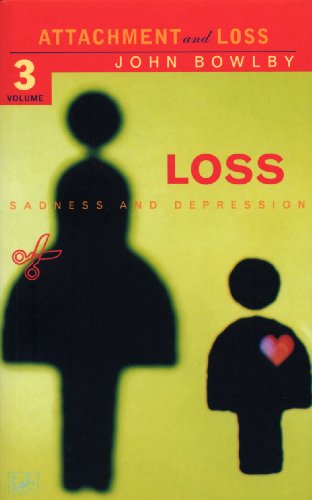 In Stock
£11.99
In this third and final volume John Bowlby completes the trilogy Attachment and Loss, his much acclaimed work on the importance of the parental relationship to mental health.
Very Good
Only 1 left

In this third and final volume John Bowlby completes the trilogy Attachment and Loss, his much acclaimed work on the importance of the parental relationship to mental health. Here he examines the ways in which young children respond to a temporary or permanent loss of a mother-figure and the expression of anxiety, grief and mourning which accompany such loss. The theories presented differ in many ways from those advanced by Freud and elaborated by his followers, so much so that the frame of reference now offered for understanding personality development and psychopathology amounts to a new paradigm. Attachment and Loss is a deeply important series of works that continue to influence the landscape of psychoanalysis and psychology, and Loss its revelatory closing chapter.

"It is difficult to exaggerate the importance of Dr Bowlby's work... In practical terms, his ideas have modified and continue to influence the rearing of children and the treatment of those who are disturbed. In theoretical terms, his contributions have given psychoanalysis a shot in the arm and a biological perspective which was sadly lacking." * Sunday Times *
"The publication of Attachment and Loss will prove a turning point in the history of psychoanalysis and in psychology generally." * Times Literary Supplement *
"There can be no question that Bowlby is making a major contribution to the understanding of deviant emotional development in childhood and after." * Child Psychology and Psychiatry *

John Bowlby (1907 - 1990) was educated at the University of Cambridge and University College Hospital, London. After qualifying in medicine, he specialised in child psychiatry and psychoanalysis. In 1946 he joined the staff of the Tavistock Clinic where his research and influential publications contributed to far-reaching changes in the ways children are treated and to radical new thinking about the social and emotional development of human beings. He held honorary degrees from the Universities of Cambridge and Leicester and received awards from professional and scientific bodies, including the Royal College of Psychiatrists, the British Paediatric Association, the American Psychological Association and the New York Academy of Medicine.

GOR003643420
Loss - Sadness and Depression: Attachment and Loss Volume 3 by Dr. E. J. M. Bowlby
Dr. E. J. M. Bowlby
Used - Very Good
Paperback
Vintage Publishing
1998-02-05
496
0712666265
9780712666268
N/A
Book picture is for illustrative purposes only, actual binding, cover or edition may vary.
This is a used book - there is no escaping the fact it has been read by someone else and it will show signs of wear and previous use. Overall we expect it to be in very good condition, but if you are not entirely satisfied please get in touch with us.