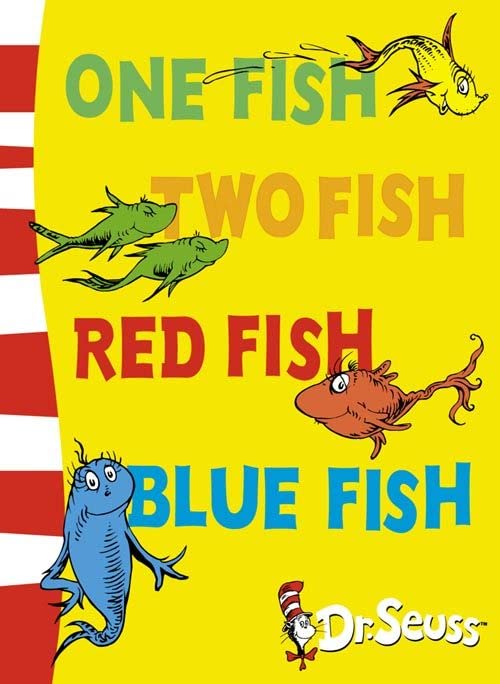 From there to here, from here to there, funny things are everywhere. In this hilarious exploration of simple concepts such as colours, numbers and opposites, Dr. Seuss presents a crazy world of boxing Goxes and winking Yinks that drink pink ink!

From there to here, from here to there, funny things are everywhere. In this hilarious exploration of simple concepts such as colours, numbers and opposites, Dr. Seuss presents a crazy world of boxing Goxes and winking Yinks that drink pink ink!

As the first step in a major rebrand programme, HarperCollins is relaunching 17 of Dr. Seuss's best-selling books, including such perennial favourites as `The Cat in the Hat', `Green Eggs and Ham' and `Fox in Socks'. In response to consumer demand, the bright new cover designs incorporate much-needed guidance on reading levels, with the standard paperbacks divided into three reading strands - Blue Back Books for parents to share with young children, Green Back Books for budding readers to tackle on their own, and Yellow Back Books for older, more fluent readers to enjoy. `One Fish, Two Fish, Red Fish, Blue Fish' belongs to the Blue Back Book range.

GOR001216639
One Fish, Two Fish, Red Fish, Blue Fish: Blue Back Book (Dr. Seuss - Blue Back Book) by Dr. Seuss
Dr. Seuss
Dr. Seuss - Blue Back Book
Used - Very Good
Paperback
HarperCollins Publishers
2003-05-01
64
0007158564
9780007158560
N/A
Book picture is for illustrative purposes only, actual binding, cover or edition may vary.
This is a used book - there is no escaping the fact it has been read by someone else and it will show signs of wear and previous use. Overall we expect it to be in very good condition, but if you are not entirely satisfied please get in touch with us.