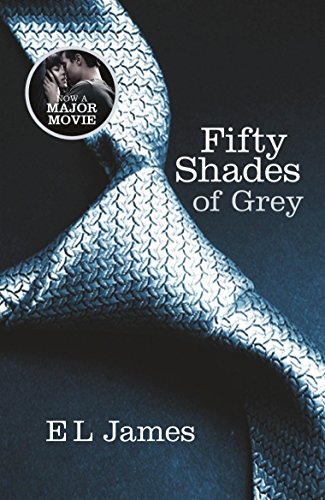 MORE THAN 100 MILLION COPIES SOLD WORLDWIDE When literature student Anastasia Steele interviews successful entrepreneur Christian Grey, she finds him very attractive and deeply intimidating. Convinced that their meeting went badly, she tries to put him out of her mind - until he turns up at the store where she works part-time, and invites her out. Unworldly and innocent, Ana is shocked to find she wants this man. And, when he warns her to keep her distance, it only makes her want him more. As they embark on a passionate love affair, Ana discovers more about her own desires, as well as the dark secrets Christian keeps hidden away from public view ...

GOR003657372
Fifty Shades of Grey: Book 1 of the Fifty Shades trilogy by E L James
E L James
Fifty Shades
Used - Very Good
Paperback
Cornerstone
2012-04-05
560
0099579936
9780099579939
Winner of Specsavers National Book Awards: Specsavers Popular Fiction Book of the Year 2012
Book picture is for illustrative purposes only, actual binding, cover or edition may vary.
This is a used book - there is no escaping the fact it has been read by someone else and it will show signs of wear and previous use. Overall we expect it to be in very good condition, but if you are not entirely satisfied please get in touch with us.