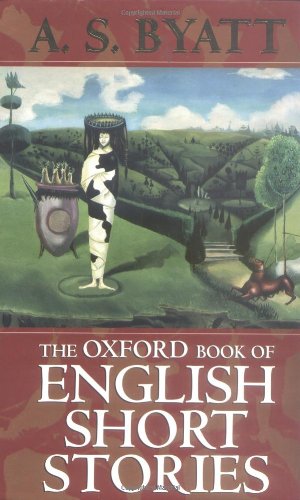 The Oxford Book of English Short Stories
by Edited by A. S. Byatt

The Oxford Book of English Short Stories by Edited by A. S. Byatt

Edited by the prize-winning writer and broadcaster A. S. Byatt, The Oxford Book of English Short Stories is the first anthology to specifically take the English short story as its theme. The thirty-seven stories featured here are selected from the nineteenth and twentieth centuries, ranging from Dickens, Trollope, and Hardy to J. G. Ballard, Angela Carter, and Ian McEwan, though many draw ingeniously from the richness of earlier English literary writing. There are all sorts of threads of connection and contrast running through these stories. Their subjects vary from the sublime to the ridiculous, from the momentous to the trivial, from the grim to the farcical. There is English empiricism, English pragmatism, English starkness, English humour, English satire, English dandyism, English horror, and English whimsy. There are examples of social realism, from rural poverty to blitzed London; ghost stories and tales of the supernatural; surreal fantasy and science fiction. There are stories of sensibility, precisely delineated, from Hardy's reluctant bride to the shocked heroine of Elizabeth Taylor's The Blush , from H. E. Bates's brilliant fusion of class, sex, death, and landscape, to D. H. Lawrence's exploration of a consciousness slowly detaching itself from its world. There are exuberant stories by Saki and Waugh, Wodehouse and Firbank, with a particularly English range from high irony to pure orchestrated farce. The very range and scope of the collection celebrates the eccentric differences and excellences of English short stories. Some of A. S. This book is intended for general readers, students, and scholars of English literature, and nineteenth- and twentieth-century literature in particular, also the history of the short story.

About Edited by A. S. Byatt

A.S. Byatt is a prize-winning novelist, essayist, reviewer, and broadcaster. Her books include Possession, The Matisse Stories, and Angels and Insects.

GOR001185328
The Oxford Book of English Short Stories by Edited by A. S. Byatt
Edited by A. S. Byatt
Used - Very Good
Hardback
Oxford University Press
1998-04-30
550
0192142380
9780192142382
N/A
Book picture is for illustrative purposes only, actual binding, cover or edition may vary.
This is a used book - there is no escaping the fact it has been read by someone else and it will show signs of wear and previous use. Overall we expect it to be in very good condition, but if you are not entirely satisfied please get in touch with us.