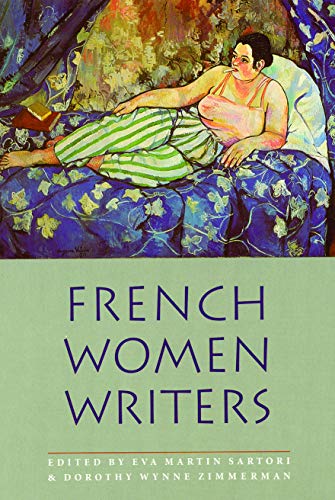 In Stock
£6.99
Marie de France, Mme De Sevigne, and Mme De Lafayette achieved international reputations during periods when women in other European countries were able to write only letters, translations, religious tracts, and miscellaneous fragments. This title describes the lives and careers of 52 literary figures from the 12th century to the late 20th.
Very Good
Only 1 left

Marie de France, Mme. De Sevigne, and Mme. De Lafayette achieved international reputations during periods when women in other European countries were able to write only letters, translations, religious tracts, and miscellaneous fragments. There were obstacles, but French women writers were more or less sustained and empowered by the French culture. Often unconventional in their personal lives and occupied with careers besides writing-as educators, painters, actresses, preachers, salon hostesses, labor organizers-these women did not wait for Simone de Beauvoir to tell them to make existential choices and have "projects in the world."

French Women Writers describes the lives and careers of fifty-two literary figures from the twelfth century to the late twentieth. All the contributors are recognized authorities. Some of their subjects, like Colette and George Sand, are celebrated, and others are just now gaining critical notice. From Christine de Pizan and Marguerite de Navarre to Rachilde and Helene Cixous, from Louise Labe to Marguerite Duras-these women speak through the centuries to issues of gender, sexuality, and language.

About Edited by Eva Martin Sartori

Both editors are associated with the University of Nebraska-Lincoln. Eva Martin Sartori, associate professor of Central Reference Services at Love Library, coedited Women's Studies in Western Europe and has contributed to professional journals. Dorothy Wynne Zimmerman, professor emerita of English, edited May Wynne Lamb's Life in Alaska: The Reminiscences of a Kansas Woman, 1916-1919 (Nebraska 1988), and George Sand's The Country Waif.

GOR009957835
French Women Writers by Edited by Eva Martin Sartori
Edited by Eva Martin Sartori
Used - Very Good
Paperback
University of Nebraska Press
1994-01-01
632
0803292244
9780803292246
N/A
Book picture is for illustrative purposes only, actual binding, cover or edition may vary.
This is a used book - there is no escaping the fact it has been read by someone else and it will show signs of wear and previous use. Overall we expect it to be in very good condition, but if you are not entirely satisfied please get in touch with us.