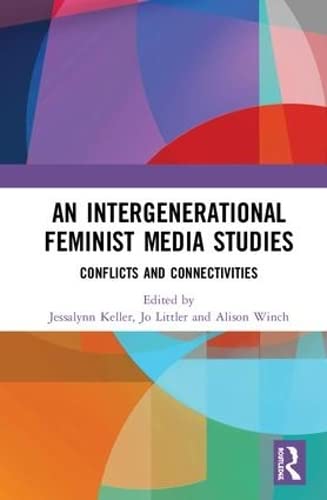 Feminism and generation are live and ideologically freighted issues that are subject to a substantial amount of media engagement. The figure of the millennial and the baby boomer, for example, regularly circulate in mainstream media, often accompanied by hyperbolic and vitriolic discourses and effects of intergenerational feminist conflict. In addition, theories of feminist generation and waves have been, and continue to be, extensively critiqued within feminist theory. Given the compelling criticisms directed at these categories, we ask: why bother examining and foregrounding issues of generation, intergeneration, and transgeneration in feminist media studies? While remaining skeptical of linearity and familial metaphors and of repeating reductive, heteronormative, and racist versions of feminist movements, we believe that the concept of generation does have critical purchase for feminist media scholars. Indeed, precisely because of the problematic ways in which it is used, and its prevalence as a volatile, yet only too palpable, organizing category, generation is in need of continual critical analysis, and is an important tool to be used-with care and nuance-when examining the multiple routes through which power functions in order to marginalize, reward, and oppress.

This book covers a range of media forms: film; games; digital media; television; print media; and practices of media production, intervention, and representation. The contributors explore how figures at particular stages of life-particularly the girl and the aging woman-are constructed relationally and circulate within media, with particular attention to sexuality. The book emphasizes exploring the ways in which the category of generation is mobilized in order to gloss sexism, racism, ageism, class oppression, and the effects of neoliberalism.

The chapters in this book were originally published as a special issue of Feminist Media Studies.

About Edited by Jessalynn Keller (University of Calgary, Canada)

Jessalynn Keller is an Assistant Professor in the Department of Communication, Media & Film at the University of Calgary, Canada. She is author of Girls' Feminist Blogging in a Postfeminist Age (Routledge 2015) and co-editor of Emergent Feminisms: Complicating a Postfeminist Media Culture (Routledge 2018). Her research on feminist digital cultures, girls' media, and celebrity has been published in Feminist Media Studies, Continuum: Journal of Media & Cultural Studies, Information, Communication & Society, and the Journal of Gender Studies, as well as in several edited collections. Jo Littler is the author of Against Meritocracy: Culture, Power and Myths of Mobility (2017) and Radical Consumption? Shopping for Change in Contemporary Culture (2008). She is editor of The Politics of Heritage: The Legacies of `Race' (with Roshi Naidoo, 2005) and Cultural Studies and Anti-Consumerism (with Sam Binkley, 2011). Alison Winch is the author of Girlfriends and Postfeminist Sisterhood (2013). She is currently co-authoring a book with the title The New Patriarchs of Silicon Valley: Power, Celebrity and Digital Culture.

1. Pretty past it? Interrogating the post-feminist makeover of ageing, style, and fashion Deborah Jermyn

6. In the silences of a newsroom: age, generation, and sexism in the Indian television newsroom Nithila Kanagasabai

9. The rhetoric of the mistake in adult narratives of youth sexuality: the case of Amanda Todd Renee Penney

GOR009967914
An Intergenerational Feminist Media Studies: Conflicts and connectivities by Edited by Jessalynn Keller (University of Calgary, Canada)
Edited by Jessalynn Keller (University of Calgary, Canada)
Used - Very Good
Hardback
Taylor & Francis Ltd
2018-04-10
188
113856348X
9781138563483
N/A
Book picture is for illustrative purposes only, actual binding, cover or edition may vary.
This is a used book - there is no escaping the fact it has been read by someone else and it will show signs of wear and previous use. Overall we expect it to be in very good condition, but if you are not entirely satisfied please get in touch with us.