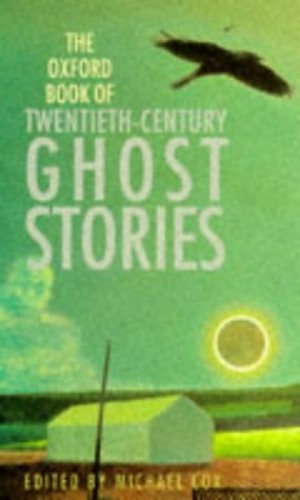 In Stock
£18.99
Even in the age of the motor car and the electric light, ghosts continue to flourish. These 33 stories demonstrate the ingenuity of modern writers in adopting a classic genre to the 20th century. Contributors include Scott Fitzgerald, A.S. Byatt, Angela Carter, E. Nesbit and Graham Greene.
Very Good Good
Only 4 left

Ghosts are resilient creatures. They thrive in an atmosphere of candlelight and decay, in antique manors, graveyards and cloisters, and yet, as this anthology triumphantly demonstrates, they are equally at home under the harsh light of the electric bulb. The advent of the motor car and the invention of the telephone have merely tested their ingenuity, and exercised the talents of a host of writers. The fractures and schisms of 20th century are reflected in the current proliferation of literary genres, and in the variety that a single genre can embrace. Leading exponents of ghost fiction such as M.R. James and Algernon Blackwood are joined by authors such as Scott Fitzgerald, A.S. Byatt, William Trevor, and Alison Lurie; women, in particular, have embraced the form with skill and versatility. As well as the returning dead there are haunted typwriters, malevolent furniture, and urban ghosts, phantoms of smoke and soot. Occasionally with humour, but more often with obliquity and restraint, these stories both entrance and terrify. This collection shows how ghost stories have successfully utilized the landscapes, technologies and consciousness of contemporary life to adapt to the modern age with imagination and flair.

About Edited by Michael Cox

GOR000984627
The Oxford Book of Twentieth-century Ghost Stories by Edited by Michael Cox
Edited by Michael Cox
Used - Very Good
Hardback
Oxford University Press
1996-10-10
444
0192142607
9780192142603
N/A
Book picture is for illustrative purposes only, actual binding, cover or edition may vary.
This is a used book - there is no escaping the fact it has been read by someone else and it will show signs of wear and previous use. Overall we expect it to be in very good condition, but if you are not entirely satisfied please get in touch with us.