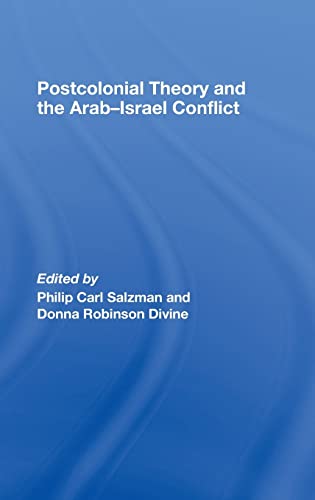 Postcolonial theory is one of the main frameworks for thinking about the world and acting to change the world. Arising in academia and reshaping humanities and social sciences disciplines, postcolonial theory argues that our ideas about foreigners, `the other,' particularly our negative ideas about them, are determined not by a true will to understand, but rather by our desire to conquer, dominate, and exploit them. According to postcolonial theory, the cause of poverty, tyranny, and misery in the world, and of failed societies around the world, is Euro-American imperialism and colonialism.

1. Introduction Donna Robinson Divine Postcolonial Theory 2. Essentialism, Consistency and Islam: A Critique of Edward Said's Orientalism Irfan Khawaja 3. Postcolonialism and the Utopian Imagination Ronald Niezen 4. Orientalism and the Foreign Sovereign: Today I am a Man of Law Ed Morgan 5. Mistakenness and the Nature of the `Post': The Ethics and the Inevitability of Error in Theoretical Work Laurie Zoloth Postcolonialism in the Disciplines 6. The Influence of Edward Said and Orientalism on Anthropology, or: Can the Anthropologist Speak? Herbert S. Lewis 7. Postcolonial Theory and the Ideology of Peace Studies Gerald M. Steinberg Postcolonialism and Middle Eastern History 8. The Missing Piece: Islamic Imperialism Efraim Karsh 9. The Muslim Man's Burden: Muslim Intellectuals Confront their Imperialist Past David Cook 10. Negating the Legacy of Jihad in Palestine Andrew G. Bostom Postcolonialism and Middle Eastern Culture 11. Arab Culture and Postcolonial Theory Philip Carl Salzman 12. Edward Said and the Culture of Honour and Shame: Orientalism and our Misperceptions of the Arab-Israeli Conflict Richard Landes 13. Postcolonial Theory and the History of Zionism Gideon Shimoni 14. De-Judaizing the Homeland: Academic Politics in Rewriting the History of Palestine S. Ilan Troen 15. The Middle East Conflict and its Postcolonial Discontents Donna Robinson Divine 16. The Political Psychology of Postcolonial Ideology in the Arab World: An Analysis of `Occupation' and the `Right of Return' Irwin J. Mansdorf