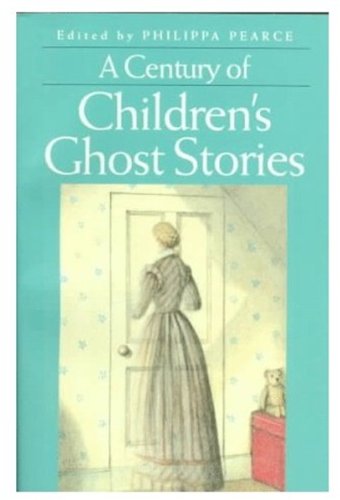 A Century of Children's Ghost Stories
by Edited by Philippa Pearce

In Stock
£5.99
This spine-tingling collection brings together 40 ghost stories to captivate children and adults alike. This anthology presents a selection of tales by outstanding children's authors including "A School Story","The Ghostly Goat of Glaramar" and "The House that Lacked a Bogle".
Very Good Good
Only 2 left

A Century of Children's Ghost Stories: Tales of Dread and Delight by Edited by Philippa Pearce

For this spine-tingling new collection, Philippa Pearce, herself an award-winning children's writer, has brought together 40 ghost stories to captivate children and adults alike. Beginning with M. R. James's `A School Story', and including `The Ghostly Goat of Glaramar' and `The House that Lacked a Bogle', this anthology presents tales by outstanding children's authors: amongst them Eleanor Farjeon, Alison Uttley, Jan Mark, Penelope Lively, Leon Garfield, and Tim Wynne-Jones.

About Edited by Philippa Pearce

About the Editor:
Philippa Pearce is the author of numerous influential children's books--several of which have been broadcast on television and radio. Her best-known include Tom's Midnight Garden (which won the Carnegie Medal in 1958), Minnow in the Say, The Shadow Cage and other Tales of the Supernatural and Who's Afraid?.

GOR001007348
A Century of Children's Ghost Stories: Tales of Dread and Delight by Edited by Philippa Pearce
Edited by Philippa Pearce
Used - Very Good
Paperback
Oxford University Press
1996-10-03
368
0192880144
9780192880147
N/A
Book picture is for illustrative purposes only, actual binding, cover or edition may vary.
This is a used book - there is no escaping the fact it has been read by someone else and it will show signs of wear and previous use. Overall we expect it to be in very good condition, but if you are not entirely satisfied please get in touch with us.