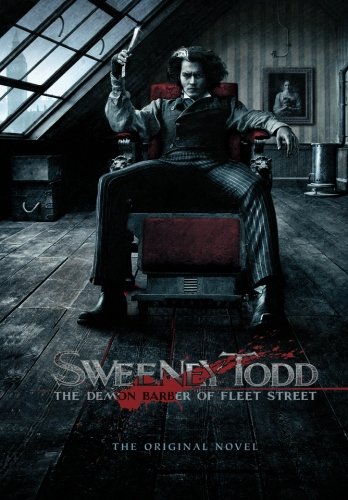 In Stock
£5.99
The story of Sweeney Todds murderous partnership with pie-maker Margery Lovett--at once inconceivably unpalatable and undeniably compelling--has set the table for an endless series of dramatic adaptations. This new edition allows modern readers to savor the original in all its gruesome glory.
Very Good
7 in stock

'Ladies and Gentlemen...I have to state that Mrs Lovett's pies are made of human flesh!' This shocking announcement provides the stunning denouement to a narrative first published over a period of four months in the winter of 1846-7. The revelation marked only the beginning, however, of the notorious career of Sweeney Todd, soon known to legend as the 'Demon Barber' of London's Fleet Street. The story of Todd's entrepreneurial partnership with neighbouring pie-maker Margery Lovett - at once inconceivably unpalatable and undeniably compelling - has subsequently provided the substance for a seemingly endless series of successful dramatic adaptations, popular songs and ballads, novellas, radio plays, graphic novels, ballets, films, and musicals. Both gleeful and ghoulish, the original tale of Sweeney Todd, first published under the title The String of Pearls, is an early classic of British horror writing. It combines the story of Todd's grisly method of robbing and dispatching his victims with a romantic sub-plot involving deception, disguise, and detective work, set against the backdrop of London's dark and unsavoury streets. This edition provides an authoritative text of the first version of the story ever to be published, as well as a lively introduction to its history and reputation.

About Edited by Robert L. Mack

Robert L. Mack is the author of Thomas Gray, A Life and editor of The Arabian Nights' Entertainments and Oliver Goldsmith's The Vicar of Wakefield for Oxford World's Classics.

GOR000936195
Sweeney Todd: The Demon Barber of Fleet Street by Edited by Robert L. Mack
Edited by Robert L. Mack
Used - Very Good
Paperback
Oxford University Press
2007-12-13
352
0199229333
9780199229338
N/A
Book picture is for illustrative purposes only, actual binding, cover or edition may vary.
This is a used book - there is no escaping the fact it has been read by someone else and it will show signs of wear and previous use. Overall we expect it to be in very good condition, but if you are not entirely satisfied please get in touch with us.