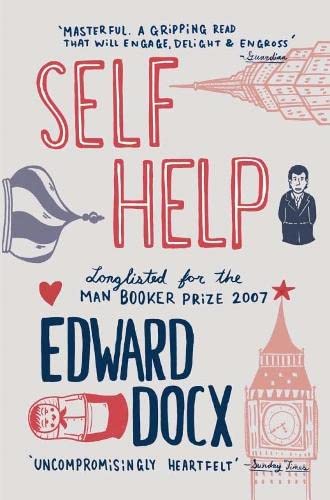 Self Help
by Edward Docx

Out of Stock
A sweeping Anglo-Russian story of family love and family lies, longlisted for the Man Booker Prize 2007
Very Good
Only 0 left

Self Help by Edward Docx

Alone in her native St Petersburg, Maria Glover sends an urgent summons to London and New York. Her son and daughter arrive too late to see her, but the end of their mother's life marks the beginning of their own story: one of secrets, strangers, and the ultimate retelling of everything they thought they knew.

`Docx knows that what we want most from a novel are stories into which we can sink our teeth and our hearts. His ability to evoke the atmosphere of a city is almost Dickensian' Guardian

`Full of insight: on the state of Russia, Britain and the US; and on the nature of music, addiction, love and sex. Funny and involving and the characters are often priceless' Metro

`I was amazed at the detail of Docx's St Petersburg, with all its beauty and cruelty, similar to the style of Dostoevsky' Financial Times

`Unforgettable. Not since What a Carve Up! has there been such an absorbing indictment of the family' Independent on Sunday

Edward Docx was born in 1972 and lives in London. His debut, The Calligrapher, was critically acclaimed and has been widely translated. Self Help is his second novel.

GOR000763060
Self Help by Edward Docx
Edward Docx
Used - Very Good
Paperback
Pan Macmillan
2008-05-02
528
0330447610
9780330447614
Winner of Geoffrey Faber Memorial Prize 2008 (UK) Long-listed for Man Booker Prize 2007 (UK)
Book picture is for illustrative purposes only, actual binding, cover or edition may vary.
This is a used book - there is no escaping the fact it has been read by someone else and it will show signs of wear and previous use. Overall we expect it to be in very good condition, but if you are not entirely satisfied please get in touch with us.