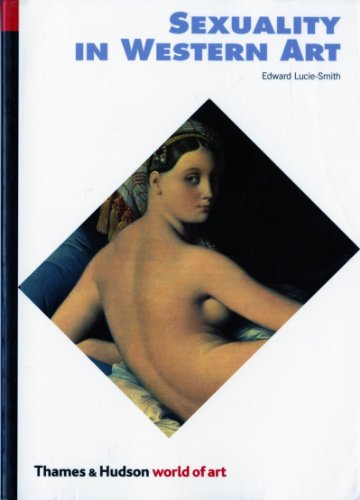 In Stock
£5.99
Edward Lucie-Smith's examination of sexuality in Western art from prehistory to the present first treats the tradition chronologically, then considers its characteristic themes and symbols.
Very Good Good
10 in stock

Sexuality in its many guises has preoccupied Western artists from Michelangelo to Picasso, Rubens to Robert Mapplethorpe. Almost every form of the subject has been portrayed, whether covert or overt, crude or highly sophisticated. Edward Lucie-Smith considers the fruits of this obsession, which, while highly sexual, are also fine art. His incisive text is as invigorating as it is rewarding and will prove invaluable is assessing this aspect of the history of Western Art.

'The illustrations are fascinating and the commentary consistently cool ... just the right amount of information' - The Sunday Times
'Well-illustrated and sharply written' - The Oxford Mail

Edward Lucie-Smith is a well-known poet, biographer and writer on the visual arts. He has written more than sixty books about art, including Latin American Art of the 20th Century, American Realism and Sexuality in Western Art, all published by Thames & Hudson.

GOR001167042
Sexuality in Western Art by Edward Lucie-Smith
Edward Lucie-Smith
World of Art
Used - Very Good
Paperback
Thames & Hudson Ltd
1991-08-01
288
0500202524
9780500202524
N/A
Book picture is for illustrative purposes only, actual binding, cover or edition may vary.
This is a used book - there is no escaping the fact it has been read by someone else and it will show signs of wear and previous use. Overall we expect it to be in very good condition, but if you are not entirely satisfied please get in touch with us.