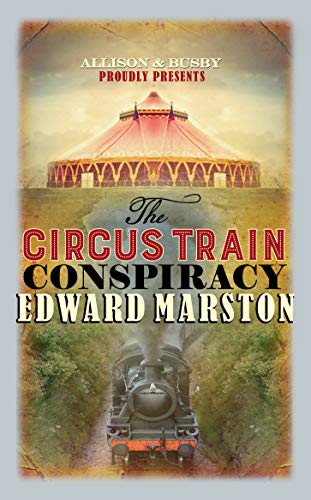 Used Price
£4.49
New RRP £8.99
Free Shipping in the UK
The Moscardi Circus is travelling by train to Newcastle for their next show when a collision on the track causes pandemonium. When the body of a woman is discovered in nearby woodland, Inspector Colbeck is desperate to lend assistance, believing the two incidents might be connected. Who is the nameless woman and who is targeting the circus?
Reviews:
Trustpilot
Very Good Good Well Read

Following a string of successful performances, the Moscardi Circus is travelling by train to Newcastle for their next show. Yet a collision on the track with a couple of sleepers causes pandemonium: passengers are thrown about, animals escape into the night and the future of the circus looks uncertain. When the body of a woman is discovered in woodland next to the derailment, Inspector Colbeck is despatched to lend assistance, believing the two incidents might be connected. It is up to Colbeck to put the pieces together to discover the identity of the nameless woman and unmask who is targeting Moscardi's Magnificent Circus.

"A beautifully crafted and engagingly entertaining read from cover to cover, "The Circus Train Conspiracy" is a compelling mystery by a master of the genre and showcases author Edward Marston's genuine flair as a novelist for narrative driven. suspenseful storytelling."-- (01/01/2018)
"Another great period piece by a master storyteller, The Circus Train Conspiracy will keep readers rolling along."--SirReadaLot.org (12/01/2017)

Edward Marston has written over a hundred books, including some non fiction. He is best known for his hugely successful Railway Detective series. His other current series are the Home Front Detective, set in the Great War, and the Bow Street Rivals, featuring identical twin detectives during the Regency.

GOR009052556
The Circus Train Conspiracy by Edward Marston
Edward Marston
Railway Detective
Used - Very Good
Paperback
Allison & Busby
2018-04-19
352
0749021373
9780749021375
N/A
Book picture is for illustrative purposes only, actual binding, cover or edition may vary.
This is a used book - there is no escaping the fact it has been read by someone else and it will show signs of wear and previous use. Overall we expect it to be in very good condition, but if you are not entirely satisfied please get in touch with us.