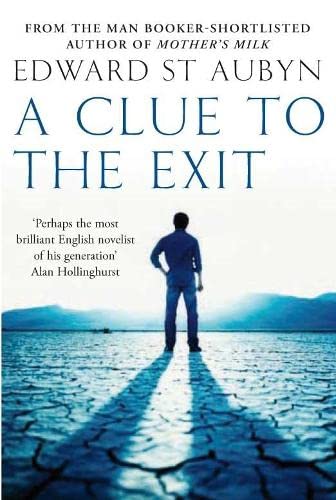 A Clue to the Exit
by Edward St Aubyn

In Stock
£5.49
A beautifully modulated novel that shows Edward St Aubyn at his sparkling best
Very Good
9 in stock

A Clue to the Exit Summary

A Clue to the Exit by Edward St Aubyn

Charlie Fairburn, successful screenwriter, ex-husband and absent father, has been given six months to live. He resolves to stake half his fortune on a couple of turns of the roulette wheel and, to his agent's disgust, to write a novel - about death. In the casino he meets his muse. Charlie grows as addicted to writing fiction as she is to gambling.

His novel is set on a train and involves a group of characters (familiar to readers of St Aubyn's earlier work) who are locked in a debate about the nature of consciousness. As this train gets stuck at Didcot, and Charlie gets more passionately entangled with the dangerous Angelique, A Clue to the Exit comes to its startling climax. Exquisitely crafted, witty and thoughtful, Edward St Aubyn's dazzling novel probes the very heart of being.

`Perhaps the most brilliant English novelist of his generation' Alan Hollinghurst

GOR001200336
A Clue to the Exit by Edward St Aubyn
Edward St Aubyn
Used - Very Good
Paperback
Pan Macmillan
2008-02-01
176
0330458051
9780330458054
N/A
Book picture is for illustrative purposes only, actual binding, cover or edition may vary.
This is a used book - there is no escaping the fact it has been read by someone else and it will show signs of wear and previous use. Overall we expect it to be in very good condition, but if you are not entirely satisfied please get in touch with us.