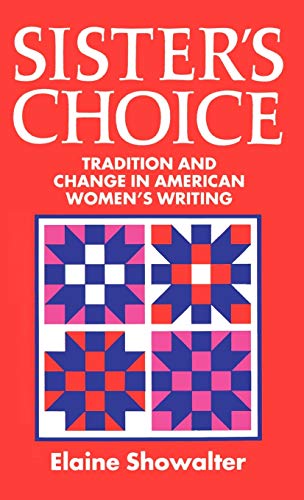 In Stock
£3.59
Drawing on a wide range of writers and texts, Elaine Showalter argues that post-colonial as well as feminist literary theory can help us understand the complex forms of American women's wriitng, and the way that `women's culture' intersects with other cultural forms.
Very Good
Only 1 left

Are American women writers from different eras and different backgrounds connected by common threads in a coherent tradition? How have the relationships between women's rights, women's rites, and women's writing figured in the history of literature by women in the United States? Drawing on a wide range of writers from Margaret Fuller to Alice Walker, Elaine Showalter argues that post-colonial as well as feminist literary theory can help us understand the hybrid, intertextual, and changing forms of American women's writing, and the way that `women's culture' intersects with other cultural forms. Showalter looks closely at three American classics - Little Women, The Awakening, and The House of Mirth - and traces the transformations in such major themes, images, and genres of American women's writing as the American Miranda, the Female Gothic, and the patchwork quilt. Ending with a moving description of the AIDS Memorial Quilt, she shows how the women's tradition is a literary quilt that offers a new map of a changing America.

Elaine Showalter is Avalon Professor of the Humanities and Professor of English at Princeton University. She is the author of A Literature of Their Won, and the editor of The New Feminist Criticism.

GOR002663598
Sister's Choice: Tradition and Change in American Women's Writing. The Clarendon Lectures 1989 by Elaine Showalter
Elaine Showalter
Used - Very Good
Hardback
Oxford University Press
1991-09-26
208
0198123833
9780198123835
N/A
Book picture is for illustrative purposes only, actual binding, cover or edition may vary.
This is a used book - there is no escaping the fact it has been read by someone else and it will show signs of wear and previous use. Overall we expect it to be in very good condition, but if you are not entirely satisfied please get in touch with us.