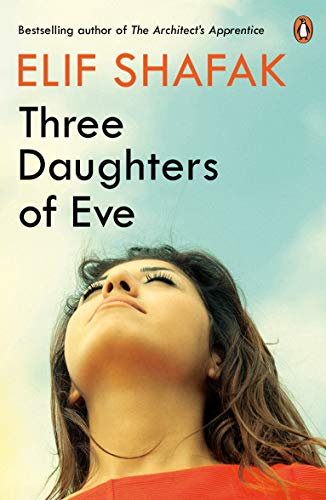 On a spring evening in Istanbul, Peri is on her way to a dinner party - a night of luxury a far cry from her upbringing. But when her handbag is stolen her world shifts violently. She starts to doubt how she got here: a traumatic Istanbul childhood, student years in Oxford, the rebellious professor who led her and best friends Shirin and Mona to question everything - Islam, love, life, even God - and the scandal that tore them all apart. Over one desperate night she tries to make sense of a past she has tried to forget - but can we ever escape who we once were?

Shirin, Peri and Mona, they were the most unlikely of friends. They were the Sinner, the Believer and the Confused.

A terrific book. Poetic, poignant, trenchant. -- Ian Rankin
An intelligent, fierce and beguiling read * Financial Times *
A thoughtful, charming book that offers a connection to other worlds, perspectives and possibilities * Sunday Times *
An intense, discursive and absorbing novel * Observer *
One of the most important writers at work today, Elif Shafak eloquently explores Turkey's tumultuous present and past. Her magnificent latest moves between Istanbul and Oxford in a fascinating exploration of faith and friendship, rich and poor, and the devastating clash of tradition and modernity * Independent *
A brilliant and moving novel. Elif Shafak writes about religion without superficiality or special pleading, retaining a sense of its impossible possibility or its possible impossibility. Three Daughters of Eve is a remarkable accomplishment -- Richard Holloway
Elif Shafak's writing leaps off the page. In Three Daughters of Eve she takes us spine-tinglingly right under the skin of three women, exposing the strains of friendship through love and loss. An utterly engrossing read. -- Frances Osborne, bestselling author of The Bolter
Shafak's topical 10th novel is both an interrogation and a defence of Muslim identity -- Rebecca Rose * Financial Times *
Luscious, heartbreaking, completely absorbing. It is a full-blown saga of emotion and character, straddling countries, cultures and languages, exploring its women's ambitions and desires; and at the same time a steady-eyed examination of the nameless rules - of femininity, duty, belief and behaviour - that keep us in line and under control. This is an absolutely consuming novel about women who know what they want, and a warning about the price we pay, written with the fluency and depth of an author at the very top of her game. -- Bidisha
Exuberant, epic and comic, fantastical and realistic . . . like all good stories it conveys deeper meanings about human experience -- Financial Times on 'The Architect's Apprentice'
A powerful book; thoughtful, provoking and compassionate -- Joanne Harris, author of Chocolat, on 'Honour'
A brave and passionate novel -- Paul Theroux on 'Bastard of Istanbul'
Vivid storytelling... that explores the darkest aspects of faith and love -- Sunday Telegraph on 'Honour'
Moving, subtle and ultimately hopeful, Honour is further proof that Shafak is the most exciting Turkish novelist to reach western readers in years * Irish Times on 'Honour' *

Elif Shafak is an award-winning British-Turkish novelist and the most widely read female author in Turkey. She writes in both Turkish and English, and has published seventeen books, eleven of which are novels. Her work has been translated into fifty languages. Shafak holds a PhD in political science and she has taught at various universities in Turkey, the US and the UK, including St Anne's College, Oxford University, where she is an honorary fellow. She is a member of World Economic Forum Global Agenda Council on Creative Economy and a founding member of the European Council on Foreign Relations (ECFR). An advocate for women's rights, LGBT rights and freedom of speech, Shafak is an inspiring public speaker and twice a TED global speaker, each time receiving a standing ovation. Shafak contributes to many major publications around the world and she has been awarded the title of Chevalier des Arts et des Lettres. In 2017 she was chosen by Politico as one of the twelve people who would make the world better. She has judged numerous literary prizes and is chairing the Wellcome Prize 2019. Find out more about Elif Shafak on her website: www.elifshafak.com

GOR008775420
Three Daughters of Eve by Elif Shafak
Elif Shafak
Used - Like New
Paperback
Penguin Books Ltd
2017-09-07
384
0241978882
9780241978887
N/A
Book picture is for illustrative purposes only, actual binding, cover or edition may vary.
The book has been read, but looks new. The book cover has no visible wear, and the dust jacket is included if applicable. No missing or damaged pages, no tears, possible very minimal creasing, no underlining or highlighting of text, and no writing in the margins.