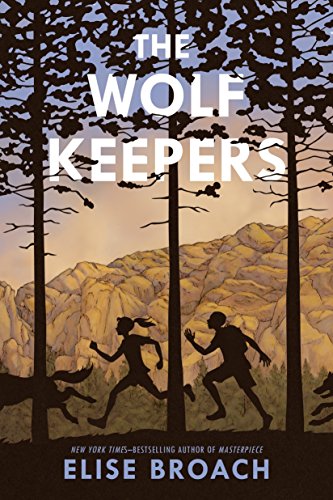 The Wolf Keepers
by Elise Broach

In Stock
£8.49
A middle grade mystery adventure set on the grounds of a zoo and Yosemite National Park from New York Times bestselling author Elise Broach.
Very Good
Only 1 left

The Wolf Keepers by Elise Broach

Twelve-year-old Lizzie Durango and her dad have always had a zoo to call their home. Lizzie spends her days watching the animals and taking note of their various behaviours. Though the zoo makes for a unique home, it's a hard place for Lizzie to make lasting friends. But all this changes one afternoon when she finds Tyler Briggs, a runaway who has secretly made the zoo his makeshift home. The two become friends and, just as quickly, stumble into a covert investigation involving the zoo wolves who are suddenly dying. Little do they know, this mystery will draw them into a high-stakes historical adventure involving the legend of John Muir as they try to navigate safely while lost in Yosemite National Park.

"Despite the fast pace of [this] adventure--which climaxes in a harrowing 48 hours alone together at Yosemite--the text includes plenty of philosophical questions about animal rights and relationships of all kinds. Tyler's wry comments about his race add further dimensions to a thoughtful, well-told tale, as do the pencil drawings. John Muir's spirit hums along under a well-developed plot with likable characters." --Kirkus Reviews

"Part friendship story, part mystery, and part survival adventure, this engaging book makes the most of its two unusual settings. Fans of Broach's Superstition Mountain trilogy will want to try her latest, with its western locale and intriguing jacket illustration." --Booklist

"One of Broach's strengths . . . is creating child characters who are intelligent, resourceful, and willing to take action. . . . The wry humor of Lizzie's keen observations of the human animals at the zoo and the page-turning adventure give this novel solid middle-grade appeal." --The Horn Book

"'[Broach] reveals the characters deftly. . .The historical threads are authentic and clarified in an author's note that provides young readers and writers with a sense of the research that goes into a well-crafted story with real figures and historical events. Give it to readers who enjoy a good mystery or love to read about animals. They will wolf down all three hundred-plus pages." --VOYA

Elise Broach is the New York Times-bestselling author of books for children and young adults, including Desert Crossing, Shakespeare's Secret, Masterpiece, and the Superstition Mountain Mysteries series as well as The Miniature World of Marvin and James and James to the Rescue. Her books have been selected as ALA Notable Books, Junior Library Guild selections, the recipient of an E. B. White Read Aloud Award, and an Edgar Award nominee, among other distinctions. She lives in Connecticut with her family.

GOR009945519
The Wolf Keepers by Elise Broach
Elise Broach
Used - Very Good
Paperback
St Martin's Press
2018-03-14
368
1250165016
9781250165015
N/A
Book picture is for illustrative purposes only, actual binding, cover or edition may vary.
This is a used book - there is no escaping the fact it has been read by someone else and it will show signs of wear and previous use. Overall we expect it to be in very good condition, but if you are not entirely satisfied please get in touch with us.