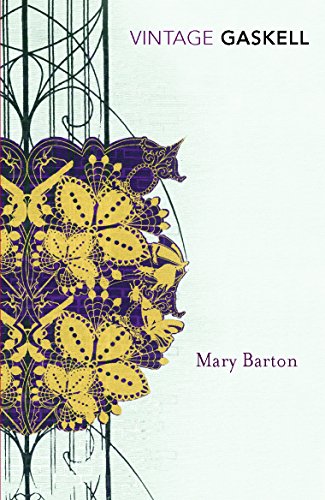 In Stock
£3.59
Mary Barton is the pretty daughter of a factory worker who finds herself dreaming of a better life when the mill-owner's charming son, Henry, starts to court her.
Very Good
Only 2 left

Mary Barton is the pretty daughter of a factory worker who finds herself dreaming of a better life when the mill-owner's charming son, Henry, starts to court her. She rejects her childhood friend Jem's affections in the hope of marrying Henry and escaping from the hard and bitter life that is the fate of the workers, who are resentfully dependent on the callous mill-owners for their livelihoods. But when Henry is shot dead in the street Jem becomes the prime suspect and Mary finds her loyalties tested to the limit.

"A story of scandal, class conflict and bitter rivalry" * Guardian *
"Mary Barton is the first and arguably the finest of them. In it, early trade-union radicalism and competition between old industrial methods and new is the background to a powerful, often heartbreaking depiction of real rather than ideal Victorian family life" * Independent *
"Elizabeth Gaskell, or Mrs Gaskell as she was known, also produced what has been called the first social novel. The living conditions she witnessed daily in her work among poor mill labourers spurred her to write a novel that would prick the social conscience of industrial Britain, while spinning a gripping yarn. It worked. "People on Turkish carpets," wrote one reviewer, "with their three meat meals a day, are wondering why working men turn Chartists and Communists. Do they want to know why? Let them read Mary Barton"" * Independent on Sunday *
"People who read her always come away surprised at how modern she sounds. You don't have to think yourself into her century in order to sympathise, since her guiding principle was no more or less than a sense of practical, day-today justice, totally outside the abiding gentleman-lady-peasant-donkey-peasant's wife hierarchy which surrounded her." -- Zoe Williams * Evening Standard *

Elizabeth Gaskell was born on 29 September 1810 in London. She was brought up in Knutsford, Cheshire by her aunt after her mother died when she was two years old. In 1832 she married William Gaskell, who was a Unitarian minister like her father. After their marriage they lived in Manchester with their children. Elizabeth Gaskell published her first novel, Mary Barton, in 1848 to great success. She went on to publish much of her work in Charles Dickens's magazines, Household Words and All the Year Round. Along with short stories and a biography of Charlotte Bronte, she published five more novels including North and South (1855) and Wives and Daughters (1866). Wives and Daughters is unfinished as Elizabeth Gaskell died suddenly of heart failure on 12 November 1865.

GOR002785275
Mary Barton by Elizabeth Gaskell
Elizabeth Gaskell
Used - Very Good
Paperback
Vintage Publishing
2008-03-06
496
0099511479
9780099511472
N/A
Book picture is for illustrative purposes only, actual binding, cover or edition may vary.
This is a used book - there is no escaping the fact it has been read by someone else and it will show signs of wear and previous use. Overall we expect it to be in very good condition, but if you are not entirely satisfied please get in touch with us.