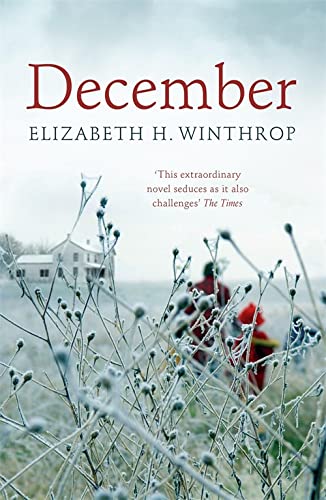 Eleven-year-old Isabelle hasn't spoken in nine months, and as December begins the situation is getting desperate. Her mother has stopped work to devote herself to her daughter's care. Four psychiatrists have already given up on her, and her school will not take her back in the New Year. Her parents are frantically trying to understand what has happened so they can help their child, but they cannot escape the thought of darker possibilities. What if Isabelle is damaged beyond their reach? Will she never speak again? Is it their fault? As they spiral around Isabelle's impenetrable silence, she herself emerges as a bright young girl in need of help yet too terrified to ask for it.

By the talented young author of FIREWORKS, this is a compelling, ultimately uplifting novel about a family in crisis, showing the delicate web that connects a husband and wife, parents and children, and how easily it can tear.

Winthrop is brilliant at depicting the bewildering world and its assault on the senses of a struggling adolescent . . . This extraordinary novel seduces as it also challenges: curiously provoking and offering small flashes of illumination, like matches struck in that dim and meaningful space on the far side of language. * Natalie Sandison, The Times *
Like budding artist Isabelle, Winthrop is a master of observation, and her ability to crystallize themes in particular vignettes (fixing a broken phonograph, buying Christmas presents) brings this affecting family drama vividly to life. * Publisher's Weekly *

Elizabeth H. Winthrop was born and raised in New York City. She graduated from Harvard University in 2001 with a BA in English and American Literature and Language, and in 2004 she received her Master of Fine Arts in fiction from the University of California. FIREWORKS, her first novel, was published by Sceptre in 2006. She lives in Savannah, Georgia with her husband, who is a painter, and her St. Bernard, and is currently at work on a third novel.

GOR000451829
December by Elizabeth H. Winthrop
Elizabeth H. Winthrop
Used - Very Good
Paperback
Hodder & Stoughton
2008-12-26
384
0340961430
9780340961438
Short-listed for Galaxy British Book Awards: Richard and Judy's Best Read of the Year 2009
Book picture is for illustrative purposes only, actual binding, cover or edition may vary.
This is a used book - there is no escaping the fact it has been read by someone else and it will show signs of wear and previous use. Overall we expect it to be in very good condition, but if you are not entirely satisfied please get in touch with us.