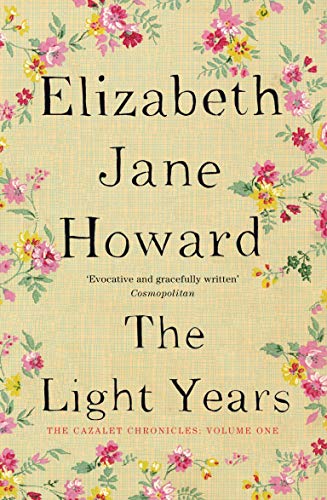 In Stock
£4.49
The first book in the landmark Cazalet Chronicles, previously a BBC radio and TV series. With the onset of war, The Light Years reveals a privileged family facing uncertain times.
Very Good Good Well Read
42 in stock

For two unforgettable summers they gathered together, safe from the advancing storm clouds of the Second World War. In the heart of the Sussex countryside these were still sunlit days of childish games, lavish family meals and picnics on the beach.

Three generations of the Cazalet family. Their relatives, their children and their servants - and the fascinating triangle of their affairs . . .

Read the next books in the series, Marking Time, Confusion, Casting Off and All Change.

A family saga of the best kind . . . a must. * Tatler *
She is one of those novelists who shows, through her work, what the novel is for . . . She helps us to do the necessary thing - open our eyes and our hearts. -- Hilary Mantel, author of Wolf Hall
The Cazalets have earned an honoured place among the great saga families . . . rendered thrillingly three-dimensional by a master craftsman. * Sunday Telegraph *

GOR000533368
The Light Years by Elizabeth Jane Howard
Elizabeth Jane Howard
Cazalet Chronicles
Used - Very Good
Paperback
Pan Macmillan
1993-11-05
592
0330323156
9780330323154
N/A
Book picture is for illustrative purposes only, actual binding, cover or edition may vary.
This is a used book - there is no escaping the fact it has been read by someone else and it will show signs of wear and previous use. Overall we expect it to be in very good condition, but if you are not entirely satisfied please get in touch with us.