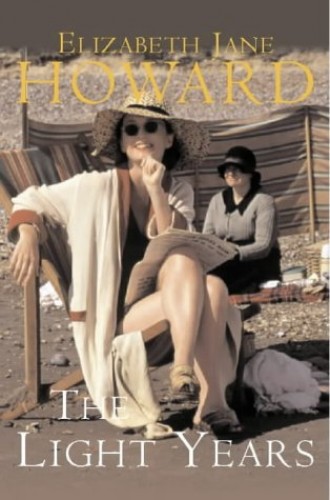 In Stock
£3.99
The first volume of the magnificent Cazalet family saga.
Good
Only 1 left

For two unforgettable summers they gathered together, safe from the advancing storm clouds of war. In the heart of the Sussex countryside these were still sunlit days of childish games, lavish family meals and picnics on the beach.

Three generations of the Cazalet family. Their relatives, their children and their servants - and the fascinating triangle of their affairs . . .

The Light Years is the first volume in The Cazalet Chronicle. The next novel in the series is Marking Time.

'Vivid and compulsively readable' Sunday Telegraph; 'A superb novel... strangely hypnotic... very funny... surpasses even the best of what Elizabeth Jane Howard has written' The Spectator; 'The creation of a vanished historical world... engrossing' Village Voice

Elizabeth Jane Howard was the author of fifteen highly acclaimed novels. The Cazalet Chronicles - The Light Years, Marking Time, Confusion, Casting Off and All Change - have become established as modern classics and have been adapted for a major BBC television series and for BBC Radio 4. In 2002 Macmillan published Elizabeth Jane Howard's autobiography, Slipstream. In that same year she was awarded a CBE in the Queen's Birthday Honours List. She died, aged 90, at home in Suffolk on 2 January 2014.

GOR000868292
The Light Years by Elizabeth Jane Howard
Elizabeth Jane Howard
Picador Classic
Used - Good
Paperback
Pan Macmillan
2001-06-22
432
033048852X
9780330488525
N/A
Book picture is for illustrative purposes only, actual binding, cover or edition may vary.
This is a used book - there is no escaping the fact it has been read by someone else and it will show signs of wear and previous use. Overall we expect it to be in very good condition, but if you are not entirely satisfied please get in touch with us.