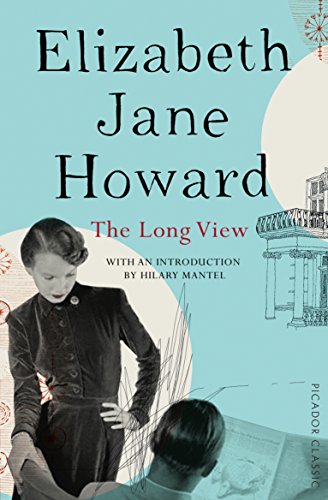 Used Price
£5.49
New RRP £8.99
Free Shipping in the UK
From the bestselling author of The Light Years and Marking Time comes a revealing portrait of a marriage.
Reviews:
Trustpilot
Very Good

With an introduction by Hilary Mantel.

Originally published in 1956, The Long View is Elizabeth Jane Howard's uncannily authentic portrait of one marriage and one woman. Observant and heartbreaking, written with exhilarating wit, it is a gut-wrenching account of the birth and death of a relationship - as extraordinary as it is timeless.

One of his secret pleasures was the loading of social dice against himself. He did not seem for one moment to consider the efforts made by kind or sensitive people to even things up: or if such notions ever occurred to him, he would have observed them with detached amusement, and reloaded more dice.

In 1950s London, Antonia Fleming faces the prospect of a life lived alone. Her children are now adults; her husband Conrad, a domineering and emotionally complex man, is a stranger. As Antonia looks towards her future, the novel steadily moves backwards in time, tracing Antonia's relationship with Conrad to its beginning in the 1920s, through years of mistake and motherhood, dreams and war.

Beautifully written and richly perceptive * Daily Telegraph *
When I read The Long View . . . I realized I would never write anything of such subtlety and penetration: there was no point in even hoping to write a novel if this was the standard of excellence -- Andrew Brown * Guardian *
What a beautiful, subtle, endlessly insightful writer. What compassion, what mesmerising detail, what godlike lightness of touch -- Chris Cleave * Guardian *

Elizabeth Jane Howard was the author of fifteen highly acclaimed novels. The Cazalet Chronicles - The Light Years, Marking Time, Confusion, Casting Off and All Change - have become modern classics and have been adapted for a major BBC television series and for BBC Radio 4. In 2002 Macmillan published Elizabeth Jane Howard's autobiography, Slipstream. In that same year she was awarded a CBE in the Queen's Birthday Honours List. She died, aged ninety, at home in Suffolk on 2 January 2014.

GOR007348455
The Long View by Elizabeth Jane Howard
Elizabeth Jane Howard
Picador Classic
Used - Very Good
Paperback
Pan Macmillan
2016-02-25
480
1447272242
9781447272243
N/A
Book picture is for illustrative purposes only, actual binding, cover or edition may vary.
This is a used book - there is no escaping the fact it has been read by someone else and it will show signs of wear and previous use. Overall we expect it to be in very good condition, but if you are not entirely satisfied please get in touch with us.