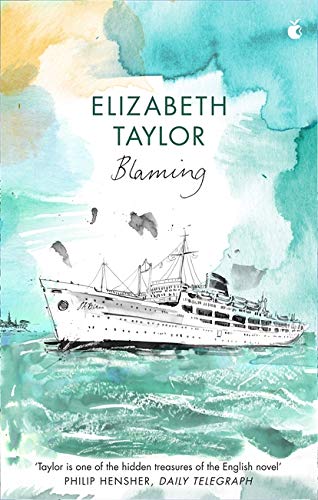 'How deeply I envy any reader coming to her for the first time!' Elizabeth Jane Howard

A finely nuanced exploration of responsibility, snobbery and culture clash from one of the twentieth century's finest novelists.

When Amy is suddenly left widowed and alone while on holiday in Istanbul, Martha, an American traveller, comforts her and accompanies her back to England. Upon their return, however, Amy is ungratefully reluctant to maintain their relationship, recognising that, under any other circumstances, the two women would not be friends. But guilt is a hard taskmaster, and Martha has away of getting under one's skin ...

'Her stories remain with one, indelibly, as though they had been some turning-point in one's own experience' Elizabeth Bowen

'A Game of Hide and Seek showcases much of what makes Taylor a great novelist: piercing insight, a keen wit and a genuine sense of feeling for her characters' Elizabeth Day, Guardian

A compassionate and devastating tale * Daily Mail *
Jane Austen, Elizabeth Taylor, Barbara Pym, Elizabeth Bowen - soul-sisters all * Anne Tyler *
Elizabeth Taylor had the keenest eye and ear for the pain lurking behind a genteel demeanour -- Paul Bailey * Guardian *
How deeply I envy any reader coming to her for the first time! * Elizabeth Jane Howard *
How skilfully and with what peculiar exhilaration she negotiated the minefield of the human heart -- Jonathan Keates * Spectator *
Taylor has the genius of making her characters understood, sometimes with an almost frightening clarity, perhaps because she is compassionate as well as relentless in her delineation of them * New York Times *
She's a magnificent and underrated mid-20th-century writer, the missing link between Jane Austen and John Updike -- David Baddiel * Independent *

Elizabeth Taylor (1912-1975) is increasingly recognised as one of the best British writers of the twentieth century. She wrote her first book, At Mrs Lippincote's, during the war while her husband was in the Royal Air Force, and this was followed by eleven further novels and a children's book, Mossy Trotter. Her acclaimed short stories appeared in publications including Vogue, the New Yorker and Harper's Bazaar.

GOR000466580
Blaming by Elizabeth Taylor
Elizabeth Taylor
Virago Modern Classics
Used - Very Good
Paperback
Little, Brown Book Group
2006-04-06
208
184408308X
9781844083084
N/A
Book picture is for illustrative purposes only, actual binding, cover or edition may vary.
This is a used book - there is no escaping the fact it has been read by someone else and it will show signs of wear and previous use. Overall we expect it to be in very good condition, but if you are not entirely satisfied please get in touch with us.