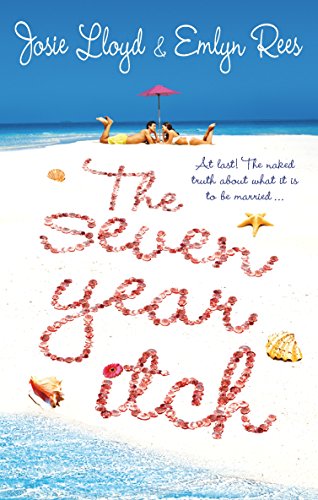 In Stock
£4.49
MEET JACKDadness. I could be a celebrated fashion designer (instead of the finding, cleaning, bum-wiping domestic robot I've become), but having kids automatically makes me the same as all the other mums in 'The Coven' up the park.
Very Good
Only 2 left

MEET JACK Dadness. Women have a sixth sense for it. To them, you're like an old bull in a field at the side of the motorway, harmlessly chewing the cud, watching the world race by, nothing like the wild buffalo stock from which you came. And that's how it should be, of course, after seven years of marriage to the woman you love. But, lately, as I've looked around, all I've seen is temptation. From random women in the pub, to my foxy new boss...they've left me doubting whether I've really been put out to pasture at all... MEET AMY Motherhood, I've discovered, is the great leveller. I could be a celebrated fashion designer (instead of the finding, cleaning, bum-wiping domestic robot I've become), but having kids automatically makes me the same as all the other mums in 'The Coven' up the park. And being 'the same' makes me want to do something terribly rash - like rediscover the impulsive person I used to be. Don't get me wrong, I love Jack and our son, but everyone else seems to be having so much more fun than me - and so much more sex... The pressure's on. Can they resist The Seven Year Itch? Can you? And if one of them cracks? Will it be Amy or Jack? It's time to find out...

"Delicious treat" * Woman's Own *
"An entertaining, amusing read with lots to talk about" * New Books *

Josie Lloyd and Emlyn Rees each had novels of their own published before teaming up to write the bestsellers Come Together, Come Again, The Boy Next Door, Love Lives, We Are Family, The Three Day Rule and The Seven Year Itch. Their work has been translated into twenty-six languages. They are married and live in London with their three daughters.

GOR000540212
The Seven Year Itch by Emlyn Rees
Emlyn Rees
Used - Very Good
Paperback
Cornerstone
2007-06-21
432
0099457849
9780099457848
N/A
Book picture is for illustrative purposes only, actual binding, cover or edition may vary.
This is a used book - there is no escaping the fact it has been read by someone else and it will show signs of wear and previous use. Overall we expect it to be in very good condition, but if you are not entirely satisfied please get in touch with us.