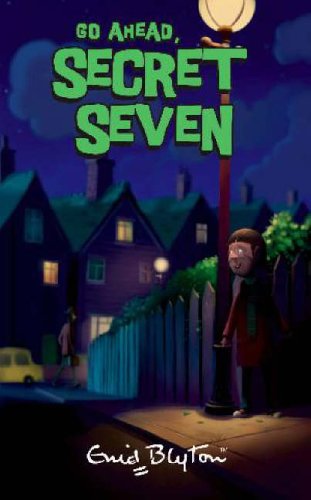 In Stock
£3.99
Classics of adventure and mystery re-launched for 21st century readers.
Very Good
5 in stock

In book five, a sinister-looking man gets George in trouble with the police. The Secret Seven are outraged. Spying on him, the gang are certain he's bad news, but what exactly is he up to?

They need to investigate, and solve the mystery, once and for all.

First published in 1953, this edition contains the original text and is unillustrated.

GOR001055474
Go Ahead, Secret Seven: Book 5 by Enid Blyton
Enid Blyton
Secret Seven
Used - Very Good
Paperback
Hachette Children's Group
2006-04-20
160
034091758X
9780340917589
N/A
Book picture is for illustrative purposes only, actual binding, cover or edition may vary.
This is a used book - there is no escaping the fact it has been read by someone else and it will show signs of wear and previous use. Overall we expect it to be in very good condition, but if you are not entirely satisfied please get in touch with us.