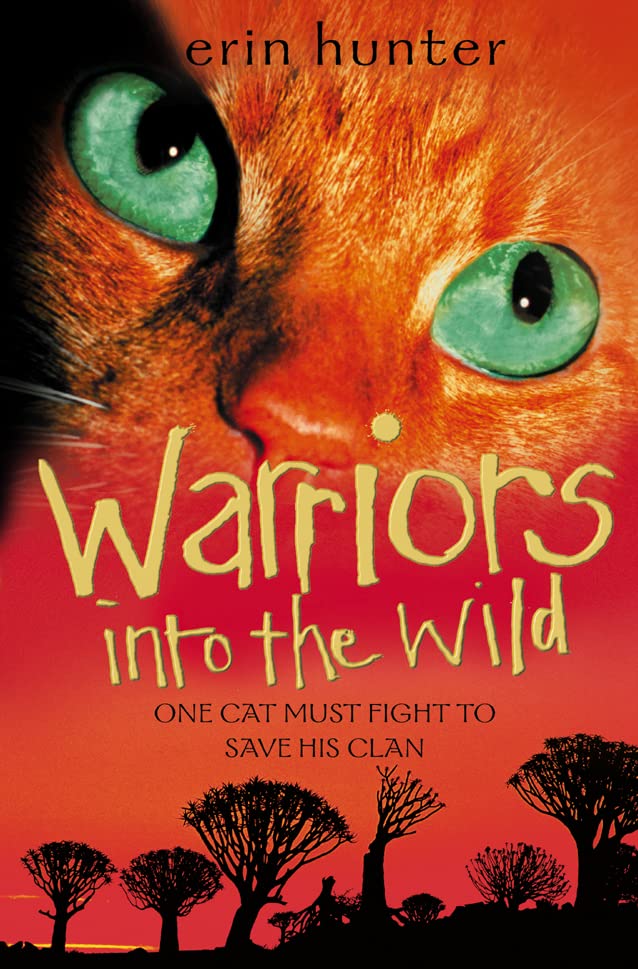 Into the Wild
by Erin Hunter

Rich and exciting feline fantasy world in which epic battles for territory and honour are played out.This new series will have particular appeal for fans of Brian Jacques' Redwall series.

Into the Wild Summary

Into the Wild (Warrior Cats, Book 1) by Erin Hunter

Rich and exciting feline fantasy world in which epic battles for territory and honour are played out.This new series will have particular appeal for fans of Brian Jacques' Redwall series.

The first of six titles set in a feline fantasy world.

Rusty could feel spiked teeth pricking at his neck.
He writhed and squirmed from whisker to tail,
but he couldn't free himself.

When Rusty is ambushed by a mysterious pack of wild cats living beyond his owner's garden, it's just the start of his adventures.

As four tribes prepare to defend their territory, Rusty joins ThunderClan and becomes Firepaw, warrior brave. But will Firepaw be strong enough to survive the battles ahead?

Wild cats, wild battles and a wild ride
for Firepaw and the ThunderClan

For readers of 9 and above and particularly those who enjoy Brian Jacques fantasy titles.

Into the Wild Reviews

`Certain to please any young reader who has ever wondered what dreams of grandeur many haunt the family cat'. Publishers Weekly.

`***** Warriors us the best series ever!' A kid's review, Amazon website

Praise for Warriors Fire and Ice:
`Characters remain true to their feline natures, adding to the plausibility of events in this tension-filled story. Readers will be happy to learn that another episode is in the works' Booklist

Praise for Forest of Secrets:
`Another dymnamic episode sure to please fans' Booklist

Erin Hunter is actually three people! She is experienced children's book writers Kate Cary, Cherith Baldry and Victoria Holmes who all live in the UK. Vicky comes up with the story ideas and makes sure the books stay consistent and Kate and Cherith take it in turns to write the books. They came up with the single name, Erin Hunter, to avoid confusing their readers by having books from the same series in different places on the bookshelf.

GOR001104883
Into the Wild (Warrior Cats, Book 1) by Erin Hunter
Erin Hunter
Warrior Cats
Used - Very Good
Paperback
HarperCollins Publishers
2004-04-05
304
0007140029
9780007140022
N/A
Book picture is for illustrative purposes only, actual binding, cover or edition may vary.
This is a used book - there is no escaping the fact it has been read by someone else and it will show signs of wear and previous use. Overall we expect it to be in very good condition, but if you are not entirely satisfied please get in touch with us.