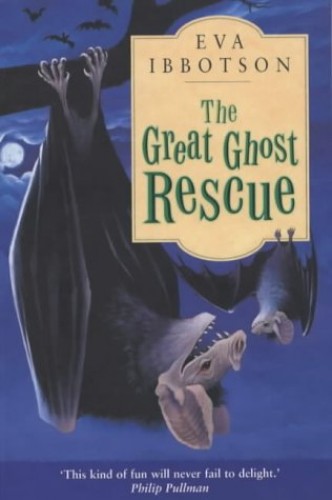 In Stock
£3.99
A seriously spooky and brilliantly comic story from the outstanding Eva Ibbotson
Good
Only 1 left

'Nobody knew what had gone wrong with Humphrey. Perhaps it was his ectoplasm . . .'

Humphrey the Horrible sounds scary, but he's actually a very friendly skeleton, with twinkling eye sockets and jangling finger bones. Humphrey dreams of being ghastly, like his brother - a screaming skull - or terrifying, like his bloodsucking vampire-bat cousins. But when Humphrey discovers an evil plot to exorcise his family he finally realizes you don't have to be spine-chillingly fearsome to be a hero.

The Great Ghost Race is a wonderfully spooky young-fiction title from the award-winning author of Journey to the River Sea, Eva Ibbotson.

'Eva Ibbotson weaves a magic like no other. Once enchanted, always enchanted' Michael Morpurgo

Eva Ibbotson was born in Vienna in 1925 and moved to England with her father when the Nazis came into power. Ibbotson wrote more than twenty books for children and young adults, many of which garnered nominations for major awards for children's literature in the UK, including the Nestle Smarties Book Prize and the Whitbread Prize. Eva's critically acclaimed Journey to the River Sea won the Smarties Gold Medal in 2001. Set in the Amazon, it was written in honour of her deceased husband Alan, a former naturalist. Imaginative and humorous, Eva's books often convey her love of nature, in particular the Austrian countryside, which is evident in works such as The Star Of Kazan and A Song For Summer. Eva passed away at her home in Newcastle on October 20th 2010. Her final book, One Boy and His Dog, was published in May 2011 and has been nominated Children's Book of the Year at the 2011 Galaxy National Book Awards.