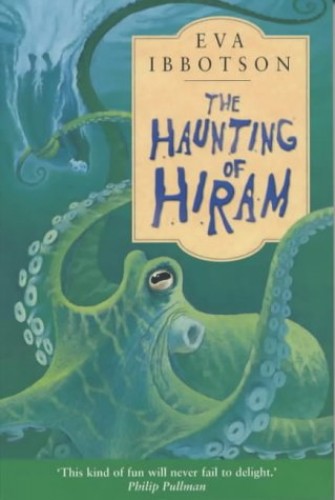 The Haunting of Hiram
by Eva Ibbotson

In Stock
£3.99
A spooky and hilarious adventure from the brilliant Eva Ibbotson
Very Good
Only 3 left

The Haunting of Hiram Summary

The Haunting of Hiram by Eva Ibbotson

'I will buy your castle,' declared Hiram C. Hopgood. 'But only if there are no ghosts!'

Alex MacBuff can't afford to keep his beloved Castle Carra, and an American millionaire has made him an offer he can't refuse. The castle is shipped all the way to Texas, but its ghostly inhabitants, including Krok the Viking warrior and a hell-hound called Cyril, follow their home across the Atlantic. How can Alex stop them haunting Hiram and also save the millionaire's daughter from an evil ransom plot?

The Haunting of Hiram is a wonderfully spooky young-fiction title from the award-winning author of Journey to the River Sea, Eva Ibbotson.

'Eva Ibbotson weaves a magic like no other' Michael Morpurgo

GOR000548875
The Haunting of Hiram by Eva Ibbotson
Eva Ibbotson
Used - Very Good
Paperback
Pan Macmillan
2001-11-09
192
0330398423
9780330398428
N/A
Book picture is for illustrative purposes only, actual binding, cover or edition may vary.
This is a used book - there is no escaping the fact it has been read by someone else and it will show signs of wear and previous use. Overall we expect it to be in very good condition, but if you are not entirely satisfied please get in touch with us.