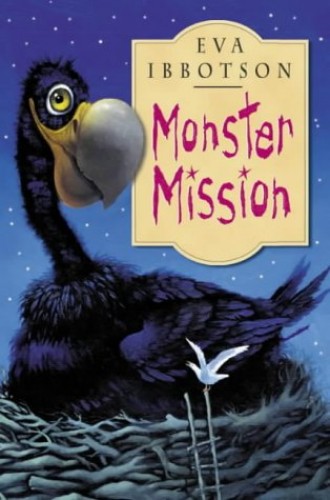 `We must kidnap some children,' announced Aunt Etta. `Young, strong ones. It will be dangerous, but it must be done.'

Three children are stolen and taken to a bizarre island, which is home to some extraordinary creatures - including mermaids, selkies and the legendary kraken. The island is the base for a very mysterious mission. But the magical adventure is cut short, when the island is suddenly under siege. Can they save themselves and their new friends?

GOR000519862
Monster Mission by Eva Ibbotson
Eva Ibbotson
Used - Very Good
Paperback
Pan Macmillan
2001-05-04
256
0330372629
9780330372626
Short-listed for Blue Peter Book Award 2001
Book picture is for illustrative purposes only, actual binding, cover or edition may vary.
This is a used book - there is no escaping the fact it has been read by someone else and it will show signs of wear and previous use. Overall we expect it to be in very good condition, but if you are not entirely satisfied please get in touch with us.