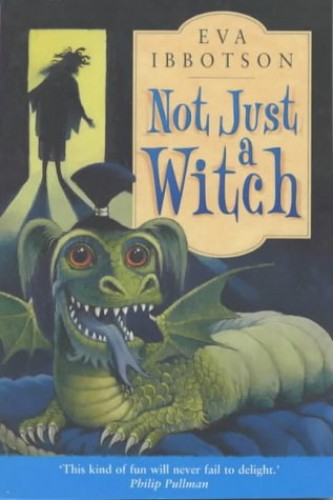 Not Just a Witch
by Eva Ibbotson

Not Just a Witch Summary

Not Just a Witch by Eva Ibbotson

'I want you to change the next wicked person you see into a tiger,' demanded Lionel. 'A very large tiger'

Heckie is not just a witch - she's an animal witch, who wants to make the world a better place by transforming evil people into harmless animals, using her incredible Toe of Transformation and her awesome Knuckle of Power. But when slimy Lionel Knapsack charms Heckie, her magic begins to take a darker direction. Her friends, including a cheese wizard and a boy called Daniel, must come to the rescue . . .

With beautiful cover illustration by Alex T. Smith, creator of the Claude series, Not Just A Witch is a wonderfully spooky young-fiction title from the award-winning author of Journey to the River Sea, Eva Ibbotson.

GOR000691562
Not Just a Witch by Eva Ibbotson
Eva Ibbotson
Used - Very Good
Paperback
Pan Macmillan
2001-08-03
176
0330397990
9780330397995
N/A
Book picture is for illustrative purposes only, actual binding, cover or edition may vary.
This is a used book - there is no escaping the fact it has been read by someone else and it will show signs of wear and previous use. Overall we expect it to be in very good condition, but if you are not entirely satisfied please get in touch with us.