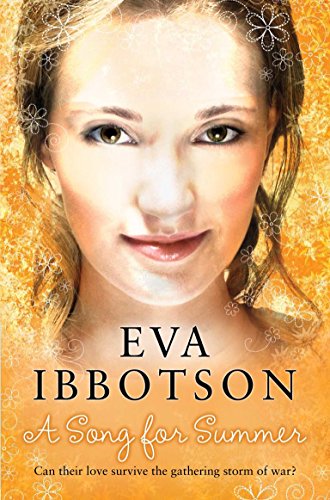 A Song for Summer
by Eva Ibbotson

In Stock
£3.99
A SONG FOR SUMMER is a witty, enchanting and hugely satisfying love story by a master storyteller. Now with a stunning new cover!
Very Good
Only 2 left

A Song for Summer Summary

A Song for Summer by Eva Ibbotson

When Ellen Carr abandons grey, dreary London to become housekeeper at an experimental school in Austria, she finds her destiny.

Swept into an idyllic world of mountains, music, eccentric teachers and wayward children, Ellen brings order and joy to all around her. But it's the handsome, mysterious gardener, Marek, who intrigues her - Marek, who has a dangerous secret. As Hitler's troops spread across Europe, Ellen has promises to keep, even if they mean she must sacrifice her future happiness . . .

An unforgettable love story from the award-winning author of Journey to the River Sea and The Star of Kazan.

GOR001207760
A Song for Summer by Eva Ibbotson
Eva Ibbotson
Used - Very Good
Paperback
Pan Macmillan
2006-08-04
432
0330444980
9780330444989
N/A
Book picture is for illustrative purposes only, actual binding, cover or edition may vary.
This is a used book - there is no escaping the fact it has been read by someone else and it will show signs of wear and previous use. Overall we expect it to be in very good condition, but if you are not entirely satisfied please get in touch with us.