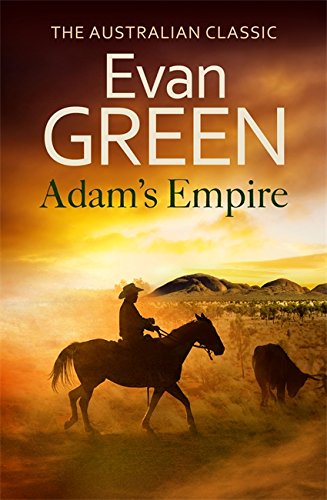 Used Price
£4.79
New RRP £10.99
Free Shipping in the UK
Adam Ross is a man who came from nowhere and had nothing - and built himself an empire. This striking novel tells a poignant story about one man's struggle to forge a life for himself within the always beautiful, and often harsh, Great Australian Outback.
Reviews:
Trustpilot
Well Read

"It's a great country, but never trust it, son. It's beautiful but it's treacherous."

Adam Ross had seen the way his country could destroy a man. Growing up in the Australian outback in the first half of the twentieth century with no formal education, no parents and no one to love him, he learned to fend for himself.

But when he forms an unlikely friendship with Jimmy, who works in the Opal mines, his luck begins to change. The land that stole Adam's father gives him an opportunity to start anew. Armed with determination and ambition, Adam treks west to carve himself an empire.

However, success doesn't come easy and Adam, a man who spent much of his life devoid of love, soon finds himself caught between two women. Torn between his love for his cold-hearted wife and his mistress, Adam must make decisions about his future and the type of man he wants to be.

Evan Green began his career as a journalist in New South Wales. In 1953, a serendipitous conversation in the corridors of the Sydney Morning Herald promoted the young Evan to motoring editor and launched a career that would entwine his passion for motoring with his interest in writing.His career as a respected multimedia personality, international rally driver and the author of seven novels and four non-fiction books spanned forty adventurous years. His debut novel, Alice to Nowhere, was a critically acclaimed bestseller that was later adapted into a film.

GOR010424720
Adam's Empire by Evan Green
Evan Green
Used - Well Read
Paperback
Little, Brown Book Group
2016-07-04
736
0751560987
9780751560985
N/A
Book picture is for illustrative purposes only, actual binding, cover or edition may vary.
This is a used book - there is no escaping the fact it has been read by someone else and it will show signs of wear and previous use. Overall we expect it to be in very good condition, but if you are not entirely satisfied please get in touch with us.