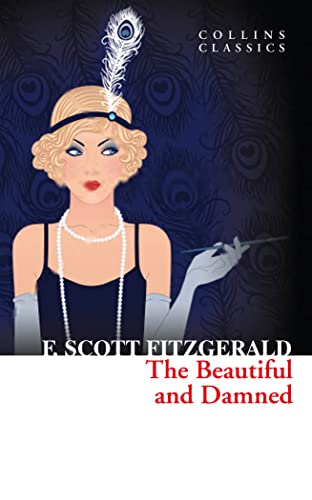 The Beautiful and Damned
by F. Scott Fitzgerald

From Collins Classics and the author of `The Great Gatsby' comes this razor-sharp satire on the excesses of the Jazz Age.

The Beautiful and Damned Summary

The Beautiful and Damned (Collins Classics) by F. Scott Fitzgerald

From Collins Classics and the author of `The Great Gatsby' comes this razor-sharp satire on the excesses of the Jazz Age.

From the author of The Great Gatsby, a tale of marriage and disappointment in the Roaring Twenties.

Fitzgerald's rich and detailed novel of the decadent Jazz Era follows the beautiful and vibrant Anthony Patch and his wife Gloria as they navigate the heady lifestyle of the young and wealthy in 1920s New York. Patch is the presumptive heir to his grandfather's fortune, and keeps his equally spoiled wife in comfort while biding time until his grandfather's death. Patch is unable to hold down any kind of job and spends his days in luxury, indulging in whatever pleasures are available. But as the money begins to fail, so does their marriage. Patch's gradual descent into alcoholism, depression and alienation from his marriage ultimately lead to his ruin. Fitzgerald's novel is a remorseless exploration of the horrors of an age of excess and lost innocence.

F. Scott Fitzgerald is regarded as one of the greatest American writers of the 20th century. Despite his present popularity, Fitzgerald was often in financial trouble, due to the fact that only one of his novels sold well enough to support the extravagant lifestyle that he and his wife Zelda adopted, and later Zelda's medical bills. His novel The Great Gatsby has sold millions of copies and remains a continual best-seller.

Customer Reviews - The Beautiful and Damned

F. Scott Fitzgerald (1896-1940) is regarded as one of the greatest American authors of the 20th century. His short stories and novels are set in the American `Jazz Age' of the Roaring Twenties and include This Side of Paradise, The Beautiful and Damned, Tender Is the Night, The Great Gatsby, The Last Tycoon, and Tales of the Jazz Age.

GOR004897032
The Beautiful and Damned (Collins Classics) by F. Scott Fitzgerald
F. Scott Fitzgerald
Collins Classics
Used - Very Good
Paperback
HarperCollins Publishers
2013-01-03
464
0007925352
9780007925353
N/A
Book picture is for illustrative purposes only, actual binding, cover or edition may vary.
This is a used book - there is no escaping the fact it has been read by someone else and it will show signs of wear and previous use. Overall we expect it to be in very good condition, but if you are not entirely satisfied please get in touch with us.