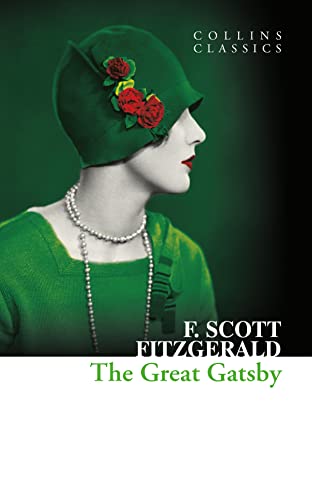 The Great American Novel of love and betrayal in the Jazz Age is now a major film.

The Great American Novel of love and betrayal in the Jazz Age is now a major film.

Considered one of the all-time great American works of fiction, Fitzgerald's glorious yet ultimately tragic social satire on the Jazz Age encapsulates the exuberance, energy and decadence of an era.

After the war, the mysterious Jay Gatsby, a self-made millionaire pursues wealth, riches and the lady he lost to another man with stoic determination. He buys a mansion across from her house and throws lavish parties to try and entice her. When Gatsby finally does reunite with Daisy Buchanan, tragic events are set in motion.

Told through the eyes of his detached and omnipresent neighbour and friend, Nick Carraway, Fitzgerald's succinct and powerful prose hints at the destruction and tragedy that awaits.

Regarded as one of the most celebrated writers of the American 20th century, Fitzgerald's gift was his ability to capture the very essence of the American experience in his writing, with his most famous novel The Great Gatsby, lauded as a classic even today.

GOR010536964
The Great Gatsby (Collins Classics) by F. Scott Fitzgerald
F. Scott Fitzgerald
Collins Classics
Used - Like New
Paperback
HarperCollins Publishers
2010-07-08
192
0007368658
9780007368655
N/A
Book picture is for illustrative purposes only, actual binding, cover or edition may vary.
The book has been read, but looks new. The book cover has no visible wear, and the dust jacket is included if applicable. No missing or damaged pages, no tears, possible very minimal creasing, no underlining or highlighting of text, and no writing in the margins.