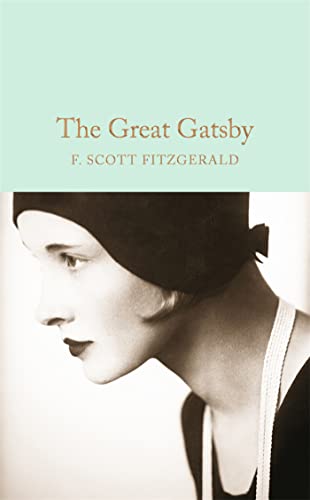 In The Great Gatsby F. Scott Fitzgerald captures the flamboyance, the carelessness and the cruelty of the wealthy during America's Jazz Age.

The Great Gatsby lives mysteriously in a luxurious Long Island mansion, playing lavish host to hundreds of people. And yet no one seems to know him or how he became so rich. He is rumoured to be everything from a German spy to a war hero. People clamour for invitations to his wild parties. But Jay Gatsby doesn't heed them. He cares for one person alone - Daisy Buchanan, the woman he has waited for all his life. Little does he know that his infatuation will lead to tragedy and end in murder.

Fitzgerald's slim tale of the jazz age became the most celebrated and beloved novel in the American canon. It's more than an American classic; it's become a defining document of the national psyche, a creation myth, the Rosetta Stone of the American dream -- Jay McInerney * The Observer *
Fitzgerald's novel is a portal to the savage heart of the human spirit, affords a glimpse at our humanity and wonders at our enormous capacity to dream, to imagine, to hope and to persevere -- Anne O'Neill * The Irish Times *

F. Scott Fitzgerald (1896-1940) was born into a well-to-do Catholic family living in St Paul, Minnesota. At Princeton University he decided to become a writer, leaving without graduating in 1917 to join the army when America entered the First World War. Believing he would be killed at the front, he hurriedly wrote the novel that would become This Side of Paradise, but in the end was not sent to Europe. The novel was published in 1920 to great critical acclaim. He married Zelda Sayre a week after the publication and they embarked on an extravagant lifestyle in New York. Their marriage was blighted by alcoholism, mental illness and financial strife, and provided much material for Scott's numerous short stories and subsequent novels - The Beautiful and Damned (1922), The Great Gatsby (1925) and Tender is the Night (1934). Fitzgerald died aged forty-four, and is regarded as one of America's greatest and most influential writers.

NGR9781509826360
The Great Gatsby by F. Scott Fitzgerald
F. Scott Fitzgerald
Macmillan Collector's Library
New
Hardback
Pan Macmillan
2016-09-08
192
150982636X
9781509826360
N/A
Book picture is for illustrative purposes only, actual binding, cover or edition may vary.
This is a new book - be the first to read this copy. With untouched pages and a perfect binding, your brand new copy is ready to be opened for the first time.