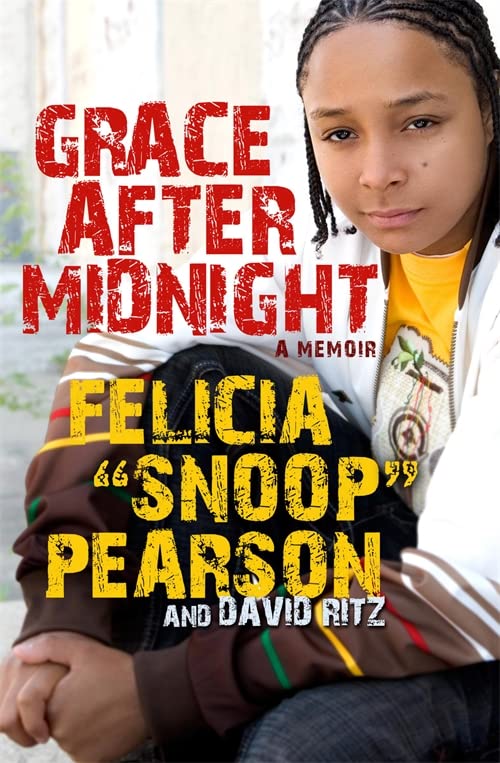 In Stock
£10.99
Felicia Pearson, star of the acclaimed TV series The Wire, reveals her incredible, hard-knock life story, one that dramatically parallels her tv character
Very Good Good
Only 4 left

Grace After Midnight: A Memoir by Felicia "Snoop" Pearson

While Felicia Pearson is a brilliant actor in a truly chilling role, what's most remarkable about 'Snoop' is what she has overcome in real life. Born a three-pound, cross-eyed crack baby in East Baltimore and raised in a foster home, Snoop proved she was as tough as the streets. Showing an early aptitude for drug slinging and violence, she thrived as a baby gangsta until she landed in Jessup State Penitentiary after killing a woman in self-defence. There she rebelled violently against the system and it would take the news of the murder of her childhood mentor, a local drug-dealer called Uncle Loney, for her to decide to turn her life around. Then, after being discovered in a nightclub by one of The Wire's cast members and recruited to the show, fiction began to mirror life as 'snoop', drawing on the tribulations of her past, created one of television's most frightening and intriguing villains

"Felicia's story is a reminder to me that through the depths of the worst unforeseen circumstances, that life can sometimes bring, the 2 things that we must never lose sight of, GOD's Grace, and Hope. Felicia is a perfect example of one who learned this the hard way and will now, never lose her way again."--Jamie Hector, NBC's Heroes
"Pearson's memoir is even more horrifying than the cold-blooded killer she portrays on The Wire."--Kirkus Reviews
"A remarkable book about a remarkable lady...will encourage anyone who aspires to be bigger and better than what they are...an awesome book to give to a young person as a Christmas gift."--Allhiphop.com
"Read her intriguing life story...it's a short, punchy ride of a book."--Giant
"Raw and thought provoking...told with a bitter sweet elegance...the story of a child who buried her pain and then filled her life with violent behavior. But Snoop's journey is now a rainbow shining in the light of hope and wellness...and is a gift to us all."--Terrie M. Williams, author of Black Pain: It Just Looks Like We're Not Hurting
"A gripping story about overcoming obstacles in the face of great adversity and finding hope in the most unlikely place-television."--Ebony
"This is no rage-to-riches story. In fact, it reads more like a miracle."--Essence
"Apowerful story of someone trying to find her way in a dark world, realizing she can still choose her life's direction even in tremendously difficult circumstances. Pearson's narrative is spare, even poetic, rendering traumatic moments all the more powerful."--Publishers Weekly

David Ritz is the author of Tavis Smiley's bestselling memoir, What I Know for Sure. He has collaborated with Ray Charles, Marvin Gaye, Aretha Franklin, BB King and Laila Ali amongst many others

GOR002821904
Grace After Midnight: A Memoir by Felicia "Snoop" Pearson
Felicia "Snoop" Pearson
Used - Very Good
Paperback
Little, Brown & Company
2009-11-14
256
0446195197
9780446195195
Winner of Street Literature Book Award Medal (Slbam) (Nonfiction) 2008
Book picture is for illustrative purposes only, actual binding, cover or edition may vary.
This is a used book - there is no escaping the fact it has been read by someone else and it will show signs of wear and previous use. Overall we expect it to be in very good condition, but if you are not entirely satisfied please get in touch with us.