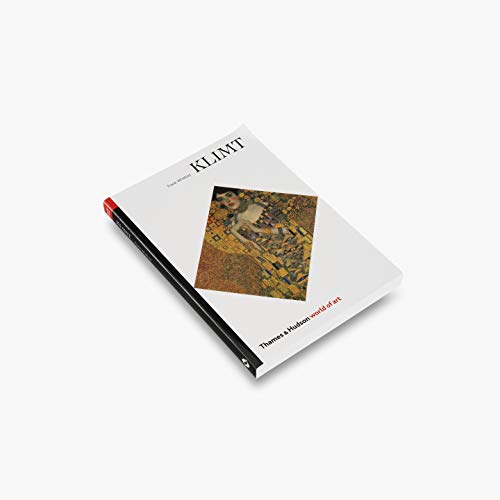 Obliged to go his own way when he was denied public commissions, Klimt became the leader of the modernists in Vienna, perhaps the greatest portraitist of his age, a landscape painter of dazzling originality and, above all, the creator of extraordinary decorative schemes. Frank Whitford examines the artist's work against the background of his time - the tragic final years of the Austro-Hungarian Empire.

In the light shed by political and cultural history, Klimt's paintings and personality emerge with new clarity.

Dr Frank Whitford was an art historian and critic, and one of Britain's leading experts on 20th-century German and Austrian art. During his varied career, he lectured on the history of art at University College London and Homerton College, Cambridge, wrote several books and served as a newspaper art critic. From 1983 onwards he was a senior member of Wolfson College, Cambridge.

GOR001210477
Klimt by Frank Whitford
Frank Whitford
World of Art
Used - Very Good
Paperback
Thames & Hudson Ltd
1990-08-01
216
050020246X
9780500202463
N/A
Book picture is for illustrative purposes only, actual binding, cover or edition may vary.
This is a used book - there is no escaping the fact it has been read by someone else and it will show signs of wear and previous use. Overall we expect it to be in very good condition, but if you are not entirely satisfied please get in touch with us.