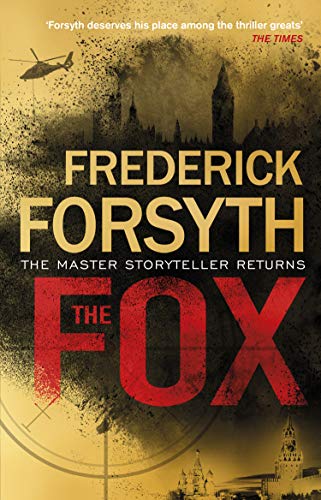 The Fox
by Frederick Forsyth

The Fox by Frederick Forsyth

'Forsyth has lost none of his storytelling finesse and geopolitical grasp . . . this is Forsyth at his spellbinding best' Daily Mail

'An ingenious, expertly written and serious look at international conflicts which threaten the future of the world' Washington Post

But what if the most dangerous weapon in the world isn't a smart missile or a stealth submarine or even an AI computer programme?What if it's a 17-year-old boy with a blisteringly brilliant mind, who can run rings around the most sophisticated security services across the globe, who can manipulate that weaponry and turn it against the superpowers themselves?How valuable would he be? And what wouldn't you do to get hold of him?

The Fox is a race-against-time thriller across continents to find and capture, or protect and save, an asset with the means to change the balance of world power. Whatever happens he must not fall into the wrong hands. Because what follows after that is unthinkable...

"Forsyth deserves his place among the thriller greats" * The Times *
"The pages virtually turn themselves" -- Barry Forshaw * Guardian *
"The five year wait for Forsyth's latest sensation has been worth every second." * Daily Express *
"Forsyth has lost none of his storytelling finesse and geopolitical grasp . . . this is Forsyth at his spellbinding best" * Daily Mail *
"Ripped from today's headlines . . . Forsyth fashions our contemporary reality into an assured thriller" * Mail on Sunday *

GOR009971959
The Fox by Frederick Forsyth
Frederick Forsyth
Used - Very Good
Paperback
Transworld Publishers Ltd
2019-07-25
384
0552175781
9780552175784
N/A
Book picture is for illustrative purposes only, actual binding, cover or edition may vary.
This is a used book - there is no escaping the fact it has been read by someone else and it will show signs of wear and previous use. Overall we expect it to be in very good condition, but if you are not entirely satisfied please get in touch with us.