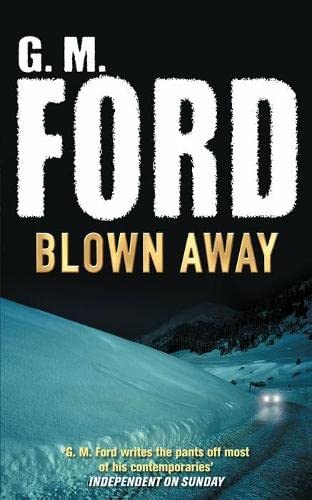 Blown Away
by G. M. Ford

In Stock
£8.49
Frank Corso and his new assistant must track a series of bombings and bank robberies across the US, in Ford's latest heart-stopping thriller
Very Good Good Well Read
5 in stock

Blown Away by G. M. Ford

On an icy morning in a small Pennsylvanian town, a man appears at a bank with a note demanding cash and a bomb locked to his body. Minutes later, the bomb is detonated . . .

Four years on and bestselling author Frank Corso is reluctant to investigate this unsolved murder. But when a series of bank robberies and bombings rocks the Los Angeles area, Corso realizes it's just the beginning . . . where the feds see nothing but the random hand of a lunatic, Corso senses the tracks of something more sinister, something with a message.

Is this a trail of horror that he and his research assistant, the attractive Chris Andriatta, have themselves inadvertently started and which only they have the power to stop?