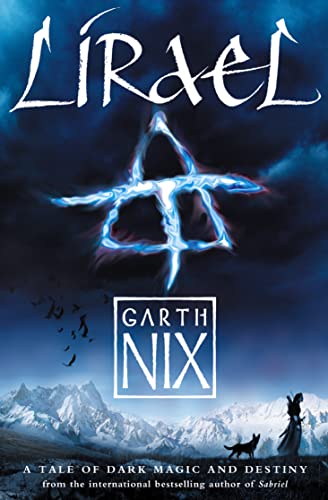 When the future is unclear, who holds the key to destiny? Sequel to the spellbinding, award-winning fantasy adventure, SABRIEL.

When the future is unclear, who holds the key to destiny? Sequel to the spellbinding, award-winning fantasy adventure, SABRIEL.

Lirael has never felt like a true daughter of the Clayr. Abandoned by her mother and ignorant of her father's identity, Lirael resembles no one else in her large, extended family living in the Clayr's Glacier. She doesn't even have the Sight - the ability to See into the present and possible futures - that is the very birthright of the Clayr.
Nonetheless, it is Lirael in whose hands the fate of the Old Kingdom lies. she must undertake a desperate mission under the growing shadow of an ancient evil - one that opposes the Royal Family, blocks the Sight of the Clayr, and threatens to break the very boundary between Life and Death itself. With only her faithful companion, the Disreputable Dog, to help her, Lirael must find the courage to seek her own hidden destiny.

Garth Nix draws readers deeper into the magical landscape of the Old Kingdom and weaves a spellbinding tale of discovery, destiny and danger.

"Lirael has taken this series into breathtaking, lyrical, fantasy status (and I hear that Abhorsen... is simply stunning)." The Bookseller

"I was spellbound from page one... Nix's writing is masterful. Ithink we are seeing the emergence of a writing talent who will be here for many years to come and whose books will be read for a long time after." Mrs Mad's Book-a-Rama

"Readers who like their fantasy intense in action, magisterial in scope and apocalyptic in consequences will revel in every word." Kirkus starred review

"What makes LIRAEL a delight is the magic that Nix brings to his story and to his characters. It is filled with twists and turns, playful inventiveness and dark magic, and is sure to satisfy his many readers." Locus

Praise for Sabriel...
"Sabriel is a winner, a fantasy that reads like realism. I congratulate Garth Nix." Philip Pullman

GOR001134071
Lirael by Garth Nix
Garth Nix
Used - Very Good
Paperback
HarperCollins Publishers
2004-04-05
528
0007137338
9780007137336
N/A
Book picture is for illustrative purposes only, actual binding, cover or edition may vary.
This is a used book - there is no escaping the fact it has been read by someone else and it will show signs of wear and previous use. Overall we expect it to be in very good condition, but if you are not entirely satisfied please get in touch with us.