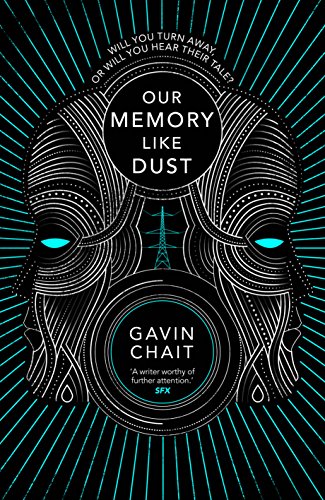 In Stock
£3.59
In the Sahara, an air convoy on its way to deliver billions of dollars of drugs and weapons to Ansar Dine jihadis crashes and is lost. And, deep within the disorienting Harmattan storms of the desert, a group of jihadis have gone in search of the crashed convoy of planes - and a terror that could overwhelm them all.
Very Good
6 in stock

Why do we tell stories? To hold on to what has been loved and lost, to create new myths, to explain and teach in ways that seep into memory. Shakiso Collard leads the evacuation from Benghazi as jihadis overwhelm the refugee camp where she works. On arrival in Paris, she is betrayed by her boss, Oktar Samboa, and watches in despair as those she illegally helped escape are deported back to the warzones of Libya. Elsewhere, Farinata Uberti - strongman CEO of Rosneft, the world's largest energy company - arrives in London after triggering a violent insurrection in Tanzania to destroy a potential rival in the oil market. In the Sahara, an air convoy on its way to deliver billions of dollars of drugs and weapons to Ansar Dine jihadis crashes and is lost. A year later, having spent months in hiding, Shakiso travels to West Africa. She is there to lead the relief effort that are hoping to stop the 200 million refugees fleeing war and environmental collapse heading for a fortified and fragmented Europe. As the myths of these millions seeking new lives across the Mediterranean intrude into reality, Shakiso is drawn into the brutal clandestine fight against Rosneft's domination of European energy supplies being conducted by the mysterious Simon Adaro. And, deep within the disorienting Harmattan storms of the desert, a group of jihadis have gone in search of the crashed convoy of planes - and a terror that could overwhelm them all.

"Proves that the best science fiction can be not only socially relevant and thought-provoking, but entertaining . . . a brilliantly reimagined near-future Africa . . . he interweaves ecological and political intrigue with Senegalese folk myths to tell the ultimately uplifting story of a continent sadly neglected in SF." -- Eric Brown * GUARDIAN *
"Uncannily in tune with the time it was written . . . at once dreamlike and harrowingly believable, this is not a comforting read. It is, however, a gripping and frightening one." * SFX magazine *
"A multi-layered narrative that builds momentum and depth and inexorably draws the reader in . . . there is a dignity to this book, a quiet power and charm that breathes life into its pages . . . this is a book of prophetic realism, determined optimism and magical storytelling that sets it apart." * SFCROWSNEST *
"Timely and intelligent . . . blends magic realism and action to poetic and thrilling ends . . . it's packed full of fun, danger, stolen moments and hypocrisy - much like the modern world." * SCiFiNOW *
"As speculative fiction it is completely on the money . . . an important commentary on present-day headlines and a prescient warning of what we can expect if our ways do not change . . . highly readable . . . Chait is a very good writer, juggling several emotionally powerful concepts with the timeless magic of aural storytelling." * STARBURST magazine *

Born in Cape Town in 1974, Gavin Chait emigrated to the UK nearly ten years ago. He has degrees in Microbiology & Biochemistry, and Electrical Engineering. He is an economic development strategist and data scientist, and has travelled extensively in Africa, Latin America, Europe and Asia and is now based in Oxford. His first novel, Lament for the Fallen, was critically acclaimed (Eric Brown in the Guardian called it `a compulsively readable, life affirming tale'). Our Memory Like Dust is his second.

GOR008619589
Our Memory Like Dust by Gavin Chait
Gavin Chait
Used - Very Good
Hardback
Transworld Publishers Ltd
2017-07-27
400
0857523686
9780857523686
N/A
Book picture is for illustrative purposes only, actual binding, cover or edition may vary.
This is a used book - there is no escaping the fact it has been read by someone else and it will show signs of wear and previous use. Overall we expect it to be in very good condition, but if you are not entirely satisfied please get in touch with us.