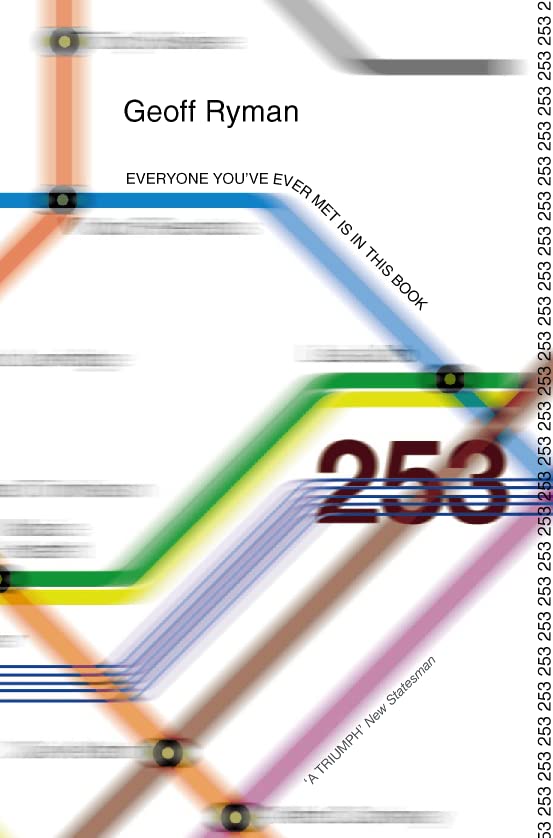 A cult classic in the making. 253 is the novel about everyone you've ever met and wished you hadn't or wished you could again.

A cult classic in the making. 253 is the novel about everyone you've ever met and wished you hadn't or wished you could again.

252 passengers and one driver on the London Underground. They all have their own personal histories, their own thoughts about themselves and their travelling neighbours. And they all have one page devoted to them.

Some characters are tragic, some are inspiring, some are mad/proud/foolish/infuriating (delete where appropriate) and some are just like the person near you right now. You'll meet Estelle who's fallen madly in love with Saddam Hussein; James, who anaesthetises sick gorillas for a living; and Who?, a character that doesn't know where, or what, on earth he is. It's a seven-and-a-half minute journey between Embankment and the Elephant & Castle. It's the journey of 253 lifetimes...

This is the full text of the celebrated interactive novel that startled the Web when it first went on line. Only it can't crash, the downloading time is quicker and you can read it on the Tube, the train, the bus,, the plane, by foot - even by car, so long as you're not driving.

`A triumph of imagination, interlaced with considerable wit'
New Statesman

`Astonishingly vibrant portraits of each person on the train... A disturbing, melancholy work, but also lyrical and totally engaging'
Los Angeles Times

Geoff Ryman is a Canadian who has lived in London for 20 years. His most recent novel, Was, received ecstatic critical acclaim. A film is in production.

GOR000551359
253 by Geoff Ryman
Geoff Ryman
Used - Very Good
Paperback
HarperCollins Publishers
1997-12-05
384
0006550789
9780006550785
N/A
Book picture is for illustrative purposes only, actual binding, cover or edition may vary.
This is a used book - there is no escaping the fact it has been read by someone else and it will show signs of wear and previous use. Overall we expect it to be in very good condition, but if you are not entirely satisfied please get in touch with us.