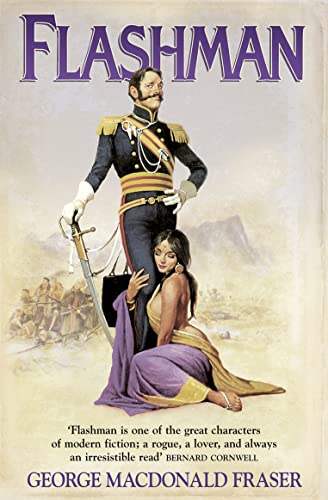 Can a man be all bad? When Harry Flashman's adventures as the reluctant secret agent in Afghanistan lead him to join the exclusive company of Lord Cardigan's Hussars and play a part in the disastrous Retreat from Kabul, it culminates in the rascal's finest - and most dishonest - turn.

'Flashman is a wonderful creation, by a master storyteller. We'll forever delight in his evil antics' JEFFREY ARCHER

`Flashman is one of the great characters of modern fiction; a rogue, a lover, and always an irresistible read' BERNARD CORNWELL

`Flashman, Sherlock Holmes, Toad of Toad Hall, Bertie Wooster. Any writer would give his eye-teeth to have created a character as good as those. GMF was one of the greats' CONN IGGULDEN

George MacDonald Fraser OBE was a bestselling historical
novelist, journalist and screenwriter. Having worked on newspapers in Britain and Canada he is perhaps most famous for his series of Flashman novels and his anti-hero Harry Flashman. In addition to his novels he also wrote numerous screenplays, most notably The Three Musketeers and the James Bond film Octopussy. George MacDonald Fraser died in January 2008 at the age of 82.

GOR001175132
Flashman (The Flashman Papers, Book 1) by George MacDonald Fraser
George MacDonald Fraser
The Flashman Papers
Used - Very Good
Paperback
HarperCollins Publishers
1999-02-01
352
0006511252
9780006511250
N/A
Book picture is for illustrative purposes only, actual binding, cover or edition may vary.
This is a used book - there is no escaping the fact it has been read by someone else and it will show signs of wear and previous use. Overall we expect it to be in very good condition, but if you are not entirely satisfied please get in touch with us.