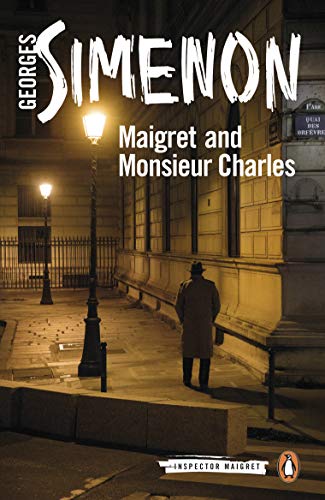 He needed to get out of his office, soak up the atmosphere and discover different worlds with each new investigation. He needed the cafes and bars where he so often ended up waiting, at the counter, drinking a beer or a calvados depending on the circumstances.
He needed to do battle patiently in his office with a suspect who refused to talk and sometimes, after hours and hours, he'd obtain a dramatic confession.

In Simenon's final novel featuring Inspector Maigret, the famous detective reaches a pivotal moment in his career, contemplating his past and future as he delves into the Paris underworld one last time, to investigate the case of a missing lawyer.

'One of the greatest writers of the twentieth century' Guardian

Gem-hard soul-probes . . . not just the world's bestselling detective series, but an imperishable literary legend . . . he exposes secrets and crimes not by forensic wizardry, but by the melded powers of therapist, philosopher and confessor * Times *
Strangely comforting . . . so many lovely bistros from the Paris of mid-20th C. The corpses are incidental, it's the food that counts. * Margaret Atwood *
One of the greatest writers of the 20th century . . . no other writer can set up a scene as sharply and with such economy as Simenon does . . . the conjuring of a world, a place, a time, a set of characters - above all, an atmosphere. * Financial Times *
Simenon's supreme virtue as a novelist, to burrow beneath the surface of his characters' behaviour; to empathise . . . it is this unfailing humanity that makes the Maigret books truly worth reading * Guardian *
Terrific...the 75 Inspector Maigret books are almost uniformly wonderful. They are not crime or even detective fiction as ordinarily understood...they are about human foibles, moral failings and compromises, set in an evocatively atmospheric Paris * Sunday Times *
A supreme writer . . . unforgettable vividness * Independent *
The most addictive of writers . . . a unique teller of tales * Observer *

Georges Simenon (Author)
Georges Simenon was born in Liege, Belgium, in 1903. He is best known in Britain as the author of the Maigret novels and his prolific output of over 400 novels and short stories have made him a household name in continental Europe. He died in 1989 in Lausanne, Switzerland, where he had lived for the latter part of his life.

GOR010288762
Maigret and Monsieur Charles: Inspector Maigret #75 by Georges Simenon
Georges Simenon
Inspector Maigret
Used - Very Good
Paperback
Penguin Books Ltd
2020-01-09
176
0241304415
9780241304419
N/A
Book picture is for illustrative purposes only, actual binding, cover or edition may vary.
This is a used book - there is no escaping the fact it has been read by someone else and it will show signs of wear and previous use. Overall we expect it to be in very good condition, but if you are not entirely satisfied please get in touch with us.