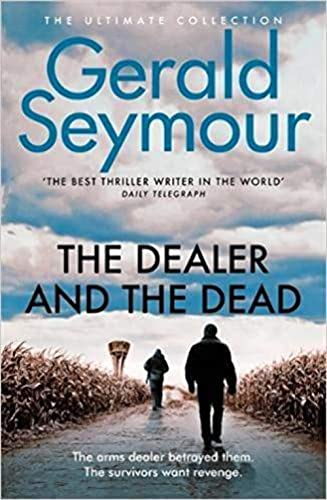 The pulse-pounding book from 'the finest thriller writer in the world today'.

The arms dealer betrayed them. Now the survivors want revenge.
SOMETIMES, surviving a war can almost seem worse than dying in it.

In a Croatian village near Vukovar, no one who survived will ever forget the night they waited for the weapons they needed to make a last-ditch fight against the advancing Serbs. The promised delivery never came, and the village was overrun. Eighteen years later, a body is unearthed from a field, and with it the identity of the arms dealer who betrayed them. Now the villagers can plot their revenge.

In leafy England, arms dealer Harvey Gillott regards himself as a man of his word. There is only one blemish on his record, and that was long ago. But Gillott, his family, his friends and his enemies are about to be pitched into a sequence of events that will unfold across Europe with breath-taking drama and almost biblical power.

Harvey Gillott is about to find out what happens when the hand of the past suddenly reaches out to the present - and it's holding a gun.

Seymour [is] incapable of creating a two-dimensional character . . . The ending is brilliantly orchestrated. * The Times *
Crisp, taut and contemporary, by a stylish writer. * Rachel Redford, the Observer *
'Discerning thriller readers can safely say that the best practitioner currently working in the UK is the veteran Seymour. He is, quite simply, the most intelligent and accomplished in the current field . . . Here, we have a typically compromised Seymour anti-hero, a masterfully organised globe-spanning narrative and a mass of highly persuasive detail. The Dealer and the Dead is Seymour firing on all cylinders, and his rivals need, once again, to look to their laurels. * Barry Forshaw *
With Seymour, not only do you get a cracking story deftly gold, but you also feel you are learning something. * Birmingham Press *
[Seymour's latest story] doesn't disappoint * Oxford Mail *
The final scenes are brilliantly orchestrated by Seymour, the sustained tension becoming almost unbearable . . . Without doubt, The Dealer and the Dead is one of the finest thrillers to be published so far this year. * Yorkshire Evening Post *
[Seymour's] meticulous research shines through in his latest thriller. * Oxford Times *
riveting stuff * Manly Daily *
'In a day when shop-worn plots in the disguise of well-written books are doing the rounds, The Dealer and the Dead comes as a refreshing, breathtaking story that keeps you gripped right till the very end. * Indian Express *
The Dealer and the Dead displays his usual ability to concoct a tightly controlled plot that is cleverly engineered . . . steadily crafted into a compelling tale . . . Another first-class thriller from the always reliable Seymour. * Canberra Times *
A tense thriller. * Choice *
In a class of his own * The Times on THE WAITING TIME *
A dense, intensely satisfying thriller from one of the modern masters of the craft, Seymour's latest novel will remind the world just how phenomenally accomplished a thriller writer he is. * Daily Mail on THE COLLABORATOR *
A simmering, multilayered account of the past catching up to the present . . . Those who are drawn to densely woven, slowly unfolding plots and thoughtful writing will rate this book a winner. Decades after establishing himself as a master of British spy fiction with Harry's Game, Seymour shows no signs of slowing down or losing relevance. * Kirkus *
Seymour loves detail, and THE DEALER AND THE DEAD serves it up brilliantly. He takes readers inside the minds and lives of a baker's dozen characters . . . The Bosnian conflict was spectacularly cruel. Two decades on, it continues to spur headlines and to provide potent plotlines for novelists. It's fitting that Seymour, one of the finest contemporary espionage novelists, shines his unique light on it. * Booklist Starred Review *
A war crime propels this stellar thriller . . . How Seymour develops [his] characters and manipulates them is testament to his talent and skill. * Publishers Weekly Starred Review *
Gerald Seymour exploded onto the literary scene in 1975 with the massive bestseller HARRY'S GAME. The first major thriller to tackle the modern troubles in Northern Ireland, it was described by Frederick Forsyth as 'like nothing else I have ever read' and it changed the landscape of the British thriller forever. Gerald Seymour was a reporter at ITN for fifteen years. He covered events in Vietnam, Borneo, Aden, the Munich Olympics, Israel and Northern Ireland. He has been a full-time writer since 1978.
GOR002812879
9780340918920
0340918926
The Dealer and the Dead by Gerald Seymour
Gerald Seymour
Used - Very Good
Paperback
Hodder & Stoughton
2011-05-23
464
N/A
Book picture is for illustrative purposes only, actual binding, cover or edition may vary.
This is a used book - there is no escaping the fact it has been read by someone else and it will show signs of wear and previous use. Overall we expect it to be in very good condition, but if you are not entirely satisfied please get in touch with us
Trustpilot