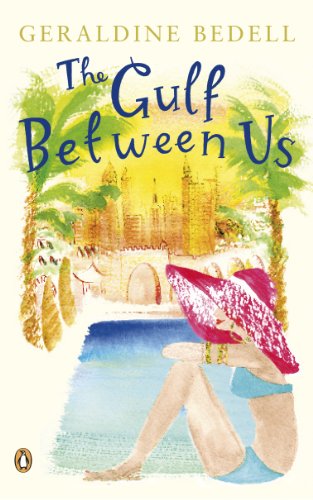 The Gulf Between Us
by Geraldine Bedell

In Stock
£5.99
As her well-organised life begins to unravel in the most unexpected ways, Annie Lester, a single mother to three boys (two of them teenagers), has to make some difficult decisions, and question where her loyalties lie. Are her sons defined by who they are, or by what they do? And can a British woman ever really be at home in the Middle East?
Very Good
Only 2 left

The Gulf Between Us Summary

The Gulf Between Us by Geraldine Bedell

For most people, being a single mother to three boys (two of them teenagers), sorting out your feelings for an ex-boyfriend who's now an international film star, pacifying an elderly father who keeps asking why you're not married, tolerating your bigoted brother, while keeping out of the way of a dismissive film producer who seems to have made a mission out of annoying you, would be quite enough of a challenge.

Annie Lester however, is not only trying to tackle all this - she's also doing it in the small Gulf emirate of Hawar where, in the summer of 2002, the impact of America's decision to invade Iraq is just beginning to be felt.

As her well-organised life begins to unravel in the most unexpected ways, Annie has to make some difficult decisions, and question where her loyalties lie. Are her sons defined by who they are, or by what they do? Can a British woman ever really be at home in the Middle East? And can James Hartley, the blue-eyed heartthrob adored by millions, really be serious about someone as ordinary as Annie Lester believes herself to be?

The Gulf Between Us Reviews

Geraldine Bedell invites us straight into the beating heart of familylife . . . a delicious novel -- Meg Rosoff
Bedell has a light, thoughtful tough when it comes to translating the emotions of a family in crisis, through a lead character who is both warm and funny...fresh...keeps you turning the pages * Evening Standard *
Bedell skilfully sketches the communities of the Gulf - western, Arab, Asian - and their internal stratifications of class, status and tribe. She is as good on human commonalities as she is at communal distinctions...offers a vivid portrait of a family...gripping...light, finely observed, funny and reflective * Guardian *
Politics and passion make for combustion in this acutely observed and often very funny novel * The Times *
Bedell writes amusingly and convincingly about family life, while her choice of location gives the novel an interesting angle * Daily Mail *
A sensitive and intelligent enquiry into prejudice, family, belief, loyalty and love in a very peculiar corner of the 21st century * Independent *

Geraldine Bedell is an author and journalist. She lives in London with her husband and four children. The Handmade House was published by Penguin in 2005.

GOR001010587
The Gulf Between Us by Geraldine Bedell
Geraldine Bedell
Used - Very Good
Paperback
Penguin Books Ltd
2009-03-05
320
0141038608
9780141038605
N/A
Book picture is for illustrative purposes only, actual binding, cover or edition may vary.
This is a used book - there is no escaping the fact it has been read by someone else and it will show signs of wear and previous use. Overall we expect it to be in very good condition, but if you are not entirely satisfied please get in touch with us.