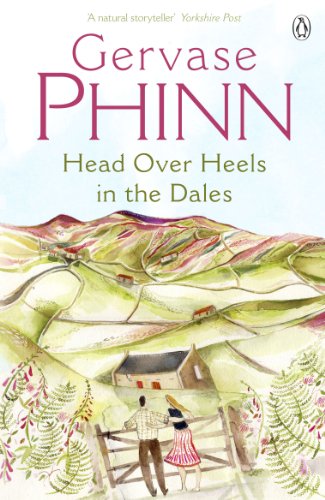 Head Over Heels in the Dales by Gervase Phinn

Gervase Phinn thinks he's heard just about everything in his two years as a school inspector, but a surprising enquiry from an angelic six-year-old reminds him never to take children for granted. His marriage to Christine Bentley, finding somewhere idyllic to live in the Yorkshire Dales, and chance of a promotion.

Head Over Heels in the Dales by Gervase Phinn

'Could you tell me how to spell "sex" please?'

Gervase Phinn thinks he's heard just about everything in his two years as a school inspector, but a surprising enquiry from an angelic six-year-old reminds him never to take children for granted.

This year Gervase has lots of important things on his mind - his impending marriage to Christine Bentley (the prettiest headteacher for miles around), finding somewhere idyllic to live in the Yorkshire Dales, and the chance of a promotion. All of which generate their fair share of excitement, aided and abetted as usual by his colleagues in the office.

In Head Over Hells in the Dales, join Gervase Phinn in the classroom where he faces his greatest challenge: keeping a straight face as teachers and children alike conspire to have him laughing out loud.

For fourteen years he taught in a range of schools, then acted as General Advisor for Language Development in Rotherham before moving on to North Yorkshire, where he spent ten years as a school inspector - time that has provided so much source material for his books. He is a Fellow of the Royal Society of Arts and an Honorary Fellow of St John's College, York.

GOR000648693
9780141005225
014100522X
Head Over Heels in the Dales by Gervase Phinn
Gervase Phinn
Used - Very Good
Paperback
Penguin Books Ltd
2003-03-06
336
N/A
Book picture is for illustrative purposes only, actual binding, cover or edition may vary.
This is a used book - there is no escaping the fact it has been read by someone else and it will show signs of wear and previous use. Overall we expect it to be in very good condition, but if you are not entirely satisfied please get in touch with us
Trustpilot